Last weekend marked the 20th anniversary of Big Frog 104's "Frogfest Music Festival" at Verona Beach State Park.  Instead of going for the usual "air staff plus celebrity" shot, we found a few listeners who went the extra mile to get into the Frog spirit.

To the best of our knowledge, Frogfest has taken place every single year since WFRG signed on, going all the way back to its start as "96 Frog" when the studios were located near the Barge Canal on South Jay Street in Rome.  A frequency change (to 104.3) and three studio moves later (to Thomas Road in Oriskany, then Clark Mills Road in Whitesboro, and now River Road in Marcy), WFRG is still going strong. 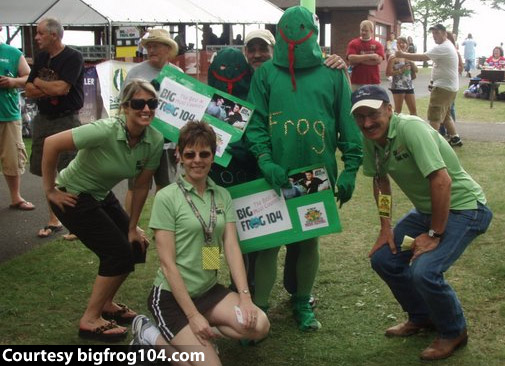 We don't know where official WFRG mascot Jeremiah B. Frog was when this picture was taken, but it looks like he's got a few listeners who are willing to step right in, should he ever decide to take a vacation.  WFRG air-staff from left: Meredith McGreen (middays), Polly Wogg (mornings) and Matt Herkimer (mornings).  If you look between the two frogs, you can see the face of Tad Pole (afternoons) peeking through.

There were so many great pictures on Big Frog 104's website (admittedly, along with lots of blurry ones), we couldn't resist but share this one, which really, needs no caption. 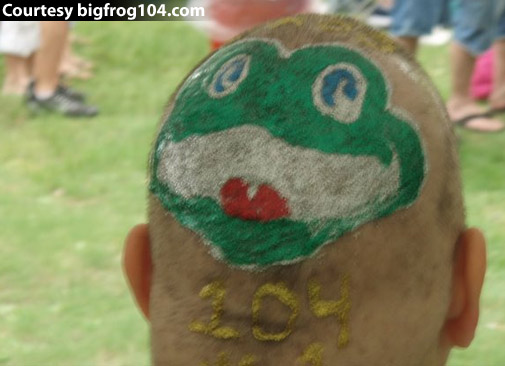 Send Us YOUR Pictures!

Haven't seen your station featured in the Picture of the Week yet?  It's as easy as sending us a picture with a caption or some other background information.  We're always interested in what's happening at your station today, or a look back at something unique, memorable or unusual from the past.  The address is pictures <at> cnyradio.com.