SYRACUSE -- One last time... it's not radio, but it's been an historic week for Syracuse broadcasting.  Earlier this week, WTVH (Channel 5) fired about 40 people without warning, after announcing it would be entering a shared-services agreement with WSTM (Channel 3).  In this installment of the POTW, a look back at better times for WTVH. 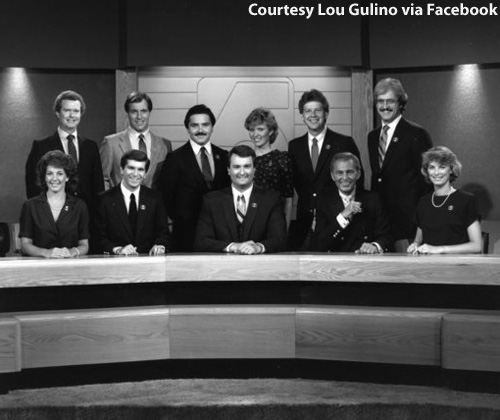 This picture was posted by Lou Gulino on the "Legends of WTVH" page on Facebook.  According to Lou's caption:

Chances are, if you're reading this, you've already seen the facts and the background about what happened at WTVH this past Monday, along with the Post-Standard's story which included a brief recap of WTVH's history -- from it's strong, dominant beginnings, to the way ratings fell in recent years.

Gulino's caption puts the above photograph sometime in the mid 1980s.

See more posts about: Picture Of the Week, WTVH