UTICA-ROME -- This past weekend marked the 31st running of "America's Biggest 15K Road Race," the Utica Boilermaker.  Every year, the race gets bigger and bigger... and for many years, local media outlets have made it a point to have a presence at the race.  Several pictures this week instead of the usual one.

Before scrolling down, it needs to be recognized that the only way to see every station along the course... is to actually run the race.  For your editor, bicycling 15 kilometers (9.3 miles) is no problem, but running that distance is a different story.

So, this collection of Pictures of the Week is simply all the radio and TV stations we spotted from our observation point along the course.  Your editor chose a spot just beyond the 9-mile mark because he doesn't like getting up early on Sundays, and this location affords one the chance to arrive 1/2 hour after the race begins, there's ample parking close to the course, and still a few minutes to spare before the lead runners pass by.

Long story short, we weren't picking and choosing certain stations -- these were just the ones near our vantage point.  If we missed your station and you took any pictures of your own, send 'em in and we'll be glad to add them. 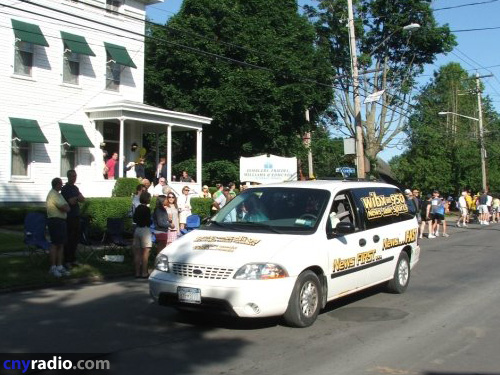 Photo 1: The WIBX news van speeds down the course, just beyond the police escort.  It's the only branded news vehicle to be seen in front of the lead runners.  Two other pool media trucks carrying reporters and photographers for other outlets are not marked. 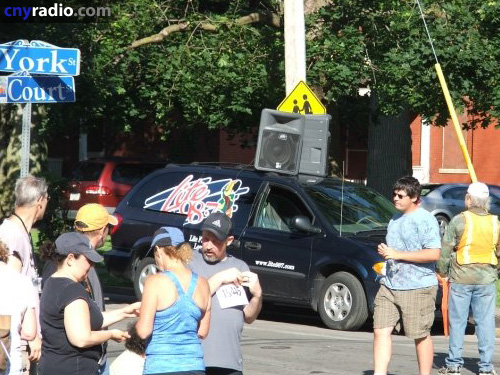 Photo 2: Just about half a block east of our location, The Lite 98.7 (WLZW) van is parked at the end of York Street, with large speakers blaring the station's "Boilermaker Music Marathon" for passing runners along with the nearby crowd. 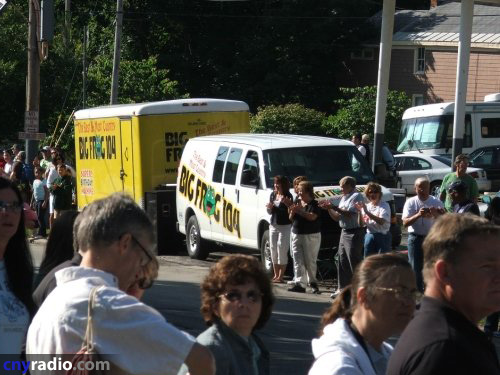 Photo 3: And just as far to the west along the course, runners pass by the Big Frog 104 (WFRG) van and what appears to be an equipment trailer.  With so many spectactors crowded along the street, we didn't get a chance to get a closer look. 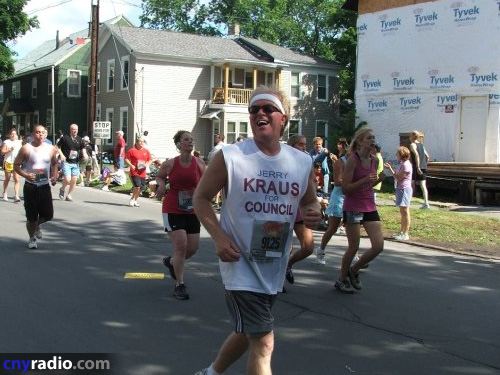 Photo 4: The annual sightings of the "WOUR Chain Gang" are over, but former longtime WOUR personality Jerry Kraus was easy to spot, with a shirt giving people a sneak peek at his plans to run for Utica Common Council (an announcement he made the following Wednesday).  Incidentally, this year marked Kraus' 15th consecutive Boilermaker run. 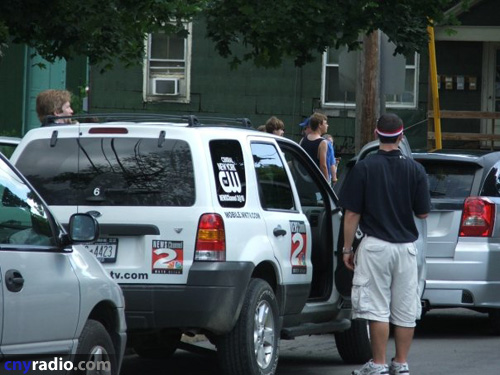 Photo 5: After most of the runners had passed by, we were on our way out when we spotted a crew from Utica NBC affiliate NewsChannel 2 (WKTV) wrapping up after a live hit.  But they weren't alone... 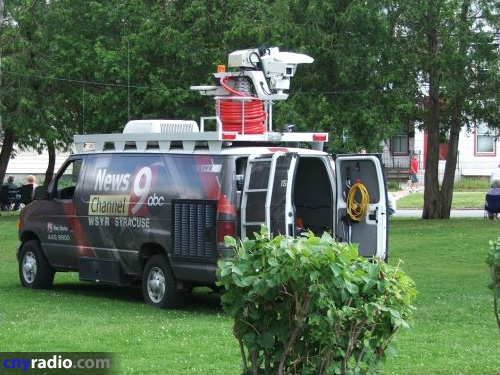 Photo 6: That WKTV live hit was made possible by a microwave truck from Syracuse ABC affiliate NewsChannel 9 (WSYR).  One crew member told us that WKTV rented the services of the Syracuse truck for their race coverage.  Although WKTV has enjoyed a monopoly on local broadcast TV news in the Utica market for the past several years, there's still plenty of competition on Boilermaker Sunday.  ABC affiliate WUTR, which shuttered its newsroom in 2003, always rounds up enough talent, crew members and equipment to continue doing their own live Boilermaker broadcast every year.  And Time Warner Cable Sports is now in the media race with its own live coverage, anchored by former WUTR sports director Chris Watson.

2 comments on “POTW: Radio & TV at the Utica Boilermaker”