UTICA/ROME -- The station located at 107.3 on the FM dial in the Utica-Rome market has certainly run the gamut of formats.  Today, it carries satellite-driven religious music.  Before that, WRCK's longest-running brand was "Rock 107."   Even earlier, the station ran country as WTLB-FM, but before any of that... there was WZOW-FM. 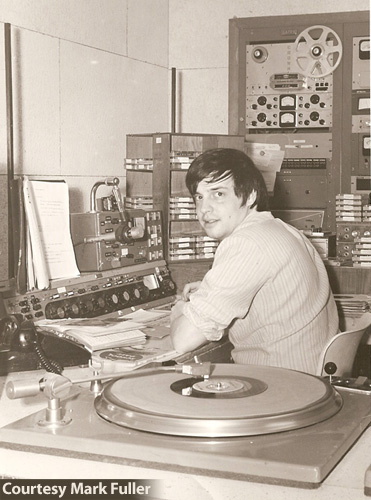 Fuller says, "the studios were in the Horatio Mall, a small outdoor plaza that contained a few stores, and Grants nearby. The main studio was very visible to shoppers because there was a huge picture window and people could watch the operation."

Earlier, we said WZOW-FM preceded several other formats on the 107.3 frequency, but even before WZOW, the station was originally known was WUFM.   Fuller tells CNYRadio.com the station signed on "in 1961 or 62," making it one of the very first stereo FM stations in the entire state.

Our thanks to Mark for the great photo and the history recap!  We're always very grateful for opportunities to connect with the past.

Got Pictures?
Whether it's a recent significant event at your station, or you think you can match Mark with an equally-impressive look back at the past, send those pictures to cnyradio@cnyradio.com or upload them through our Contact Form.  There's a new Picture of the Week every Friday.