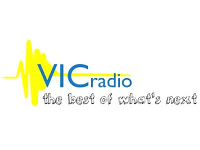 ITHACA -- Here's hoping Zach Wilkens and Collin Schuck don't get stuck with any surprise pop quizzes in their classes at Ithaca College on Monday morning. The pair are hosting VIC Radio's annual 50 Hour Marathon this weekend. They'll be in the broadcast booth from 4pm Friday until 6pm Sunday, soliciting donations for the Ithaca Health Alliance.

VIC Radio is normally an online-only service, but the marathon is typically simulcast each year on the college's broadcast radio station, 92 WICB (91.7FM) and the campus TV station, ICTV, available on Time Warner Cable channel 16 within Tompkins County.

According to a special website created for the 50 Hour Marathon, the broadcast will be accompanied by a variety of events throughout the entire weekend. There's a late-night scavenger hunt planned for Friday night, a benefit concert at the Haunt on Saturday night, and a weekend-long film festival, in which participants will have "42 hours (starting at 6pm Friday) to write, shoot and edit their flash films which will debut Sunday at 2pm."

The efforts of Zack and Collin in-studio will be complimented throughout the weekend by the "Street Team" of EmmyJ and Gilly Bean, says the website.

Proceeds generated through the weekend will benefit the Ithaca Health Alliance, a non-profit 501(c)(3) organization which operates the Ithaca Free Clinic and other efforts to provide healthcare to the uninsured.

We're always looking for news about happenings inside local radio.  Anytime you've got news to share, drop us a line at cnyradio@cnyradio.com.  If you don't want the boss to know you tipped us off, just say the word and we'll leave your name out of it... you can also write to us through our handy Contact Form, where you can leave the name and email fields blank if you prefer.