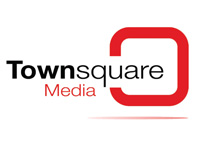 UTICA-ROME -- Townsquare Media Creative Services Director Geoff Storm has been named "Ad Person of the Year" by the Mohawk Valley Advertising Club. The club says Storm was selected not only for the work he does for Townsquare, but also for his volunteer efforts outside of the office.

Storm will be honored at a special dinner, to be held at the Radisson Utica Center on Tuesday, April 24 at 5:00pm. Tickets for non-members of the club are $30, and can be purchased at the door. Parties wishing to reserve a full table of 8 should email requests to mvadclub.house@gmail.com by the close of business today.

On its website, the Advertising Club notes Storm has won more than 15 awards from the New York State Broadcasters Association, and was a 2004 finalist for the prestigious Radio Mercury Awards in the category for "Best U.S. Radio Station-produced Commercial." Storm is also a recipient of the Mohawk Valley 40 Under 40 Award.

Outside of his regular work hours, Storm participates in a variety of volunteer activites including The Utica Firefly, the Central Association for the Blind and Visually Impaired, Oneida County Historical Society, and he's currently serving as Vice President of the Advertising Club.

We're always looking for the latest happenings inside your local radio or television station.  Anytime you've got news to share, drop us a line at cnyradio@cnyradio.com or use the Contact Form (there's a link right in our new logo at the top of the page).