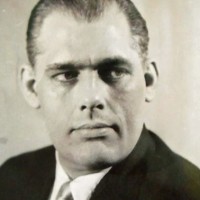 SYRACUSE -- Our deepest sympathies to the family and friends of longtime Syracuse radio and TV broadcaster Alan Milair, who passed away over the weekend at the age of 81. Milair worked at WSYR radio and television (channel 3 at that time) for 30 years, after starting his broadcast career in Cortland. Calling hours will be held tomorrow.

According to an obituary published by the Syracuse Press Club, Milair grew up in West Virginia and Pennsylvania before starting his career at WKRT radio in Cortland. When he moved to Syracuse, Milair hosted many programs including "Music Just for You" and the long-running "Movie Monster Matinee."  Milair also presented news and weather on WSYR-TV, and finished up his career as the program director of WSYR AM/FM radio.

Milair is survived by two children and eight grandchildren. His daughter, Shawn Wayson, is also a broadcaster. She's been the Chief Video Editor at the present-day WSYR-TV (channel 9) for more than 15 years, and held the same position at channel 3 (WSTM) for 14 years prior.

Calling hours for Alan Milair will be held tomorrow from 4-7pm at Fairchild and Meech DeWitt Chapel at 3690 Erie Boulevard East. A memorial service will be held on Wednesday at 4pm at St. David's Episcopal Church in DeWitt.

In lieu of flowers, the family says donations can be made to Loretto Cunningham, 7th Floor, 700 East Brighton Ave, Syracuse, NY 13205.