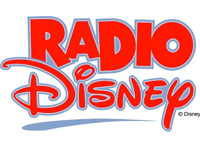 SYRACUSE -- More often than not, when a radio station changes its call letters, that's usually a hint (or an after-effect) of a format change.  But at 1300AM from Fulton, this is one of those "not" cases.  After nearly ten years in the FCC record books as WAMF, the Radio Disney affiliate owned by Cram Communications is still running Radio Disney, but it's now officially known as WOSW.

A tip of the hat to NorthEast Radio Watch editor Scott Fybush, who asked if we had heard of any changes after he noticed the call letter change.  CNYRadio.com asked station manager Sam Furco if any changes were brewing, but he simply explained, "the [WOSW] call letters were available and they tie-in perfect with Oswego County.  We were never a fan of the WAMF call letters."

With that response, it's no surprise the company hasn't "parked" the call sign elsewhere -- the FCC says the WAMF calls are now available to any other broadcaster who wants to request them.

FCC records indicate the change officially took place on June 1.  The previous WAMF calls had been in place since August 2002, shortly after former owner Don DeRosa bought the station, previously WZZZ, from David Zinkhann.  DeRosa sold the station to Cram Communications in 2007.