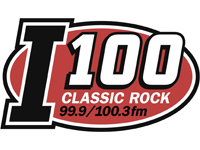 ITHACA/CORTLAND -- There will be plenty of radio options for football fans in Ithaca this fall. Saga rocker I-100 (WIII) announced today it has inked a deal to carry New York Giants games this season. Less than a month earlier, the cluster revealed sister station Progressive Talk 1470 WNYY will carry Buffalo Bills games.

Cayuga Radio Group VP/GM Chet Osadchey says he's excited to have the Giants on I100. Calling the reigning NFL champions a "prestigious and storied NFL team," Osadchey pointed out the team's connections to the region. "Coach Tom Coughlin grew up in Waterloo, attended Syracuse and coached early on at RIT. Lineman Kevin Boothe played ... right in Ithaca at Cornell."

Osadchey says "many listeners have asked for the Giants on radio" in Ithaca and Cortland, "and we are proud to now offer it."

Preseason action for "Big Blue" begins August 10 on the road against Jacksonville. The regular season gets underway on September 5, at home, with a highly-anticipated matchup against one of the Giants' biggest rivals, the Dallas Cowboys.

With locally-owned competitor ESPN Radio 1160 (WPIE) carrying the New York Jets, all three "New York" NFL teams will be available on Ithaca radio for the first time in recent memory, when presseason action begins next month. ("New York" in quotes, of course, as the Giants and Jets actually play their home games in New Jersey.)

Thanks to Connie Fairfax-Ozmun for including cnyradio@cnyradio.com on her list of contacts for station-related press releases! All radio and TV stations in our coverage area are invited and encouraged to do the same.