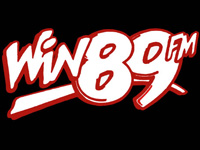 The station, as a whole, has been nominated in the "Most Creative Programming" category.  It's up against four other college radio stations -- three in the U.S. and one in Canada.

Station advisor Jeff Szczesniak has been nominated for "Best Taste in Music."  This category also includes five nominees in total.

The awards competition is being managed by CMJ, a national trade publication serving non-commercial and college radio stations.  Winners will be selected through voting on-site at the CMJ Music Marathon, a series of concerts, lectures, panel discussions and other events taking place October 16-20 in New York City.

We wish WDWN and Jeff Szczesniak the best of luck when festivalgoers converge on the Big Apple to cast their votes!