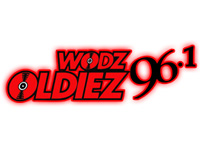 UTICA-ROME -- Even though it doesn't look or feel like spring in Central New York, there's been some "spring cleaning" on at least one local radio station.  Classic hits Oldiez 96.1 (WODZ) shuffled its jock lineup and made some other changes this week.

Keith James jumps from weekends and fill-ins at the Townsquare Media cluster to weekday morning host for WODZ.  That allows programmer Davey Jones to slide to afternoons, the same air shift held by the programmers of the cluster's other FM music stations, Lite 98.7 (WLZW) and Big Frog 104 (WFRG).

Jones' move to afternoons bumps Kevin Quinn to the night shift.  That in turn, takes Alex Cooper off the weekday lineup, though we hear he's got plenty of other duties in the building to keep him busy.

Middayer Chip Douglas remains unaffected by the changes.  A photo of Douglas and Jones was among the shots of local radio stations at St. Patrick's parades featured in our latest Picture of the Week installment, last Friday.

In addition to the schedule shuffle, the station has rolled out a new collection of promos, imaging liners and jingles.