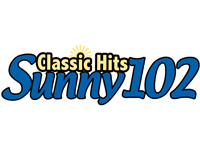 SYRACUSE -- It's a busy week at Classic Hits Sunny 102.1 (WZUN).  The Galaxy-owned station is the newest affiliate of syndicated host John Tesh, airing seven nights a week.  And the station becomes at least the third in the market to roll out its own "Orange version" of a popular song, to help cheer on the SU men's basketball team as they make their way through the NCAA tournament.

The familiar celebrity voice providing "music and intelligence for your life" is back on the air in the Syracuse market tonight, as Sunny 102 installs John Tesh for the evening shift, 7pm to midnight, seven nights a week.

Galaxy already airs Tesh on hot AC Mix 102.5 (WUMX) in the Utica-Rome market.  Because the Tesh show is syndicated in a manner which allows stations to insert their own playlists, neither station is "forced" to go out-of-format, and it won't be an exact simulcast between the two stations.

Previously, Tesh aired on Clear Channel's Y94 (WYYY),  where he was cleared during afternoon drive, so the station could run Delilah from 7 to midnight.  That ended when the station started having morning show sidekick Shannon add afternoon drive to her duties.

With Syracuse's run through the NCAA men's basketball tournament, Sunny 102 becomes at least the third local station to put together a song to help cheer the team along.  This one is specifically about SU making it to the Final Four, and Fiss tells CNYRadio.com, "as a classic hits station, we figured we'd do a take on Billy Joel's tune 'A Matter of Trust' ... Go Orange!"

Syracuse musician George Day provided the vocals for this song.

Previously, Fiss' wake-up shift colleagues, Gomez and Dave from sister station TK99/105 (WTKW/WTKV) and 96.9 WOUR released a song based on "Seven Nation Army" by The White Stripes.  And a few days earlier, Cumulus Media's 105.9 The Rebel debuted "Cutting Down the Nets," a custom song produced by The Bob & Tom Show.