Syracuse80sOnline.com shuts down after less than a week 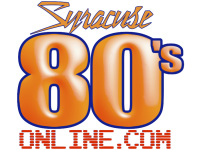 Updated 8:45am -- SYRACUSE -- Less than a week after it launched, it's already "game over" for online radio station Syracuse80sOnline.com.  The all-80s stream, hosted by longtime Syracuse radio personalities Ron Bee and Dave Laird, suddenly disappeared on Tuesday, with no plans to return.

After noticing that the stream would not load on either of its two smartphone apps on Tuesday night, your editor then checked out the station's website -- to find everything is gone, replaced by a simple "403 Forbidden" web server error message on an otherwise blank page.

Wondering whether the site had simply been overloaded or if there were other technical difficulties, CNYRadio.com contacted RJ Jordan, the former B104.7 (WBBS) host and programmer who was the brainchild behind Syracuse80sOnline.com.

He told CNYRadio.com, "The station is offline with no plans to resume service in the foreseeable future."  Jordan said he could not provide any further comment on the matter.

Even the station's Facebook page has been deleted, offering no announcement or other explanation about the sudden shutdown of the service.

The stream had launched on Sunday, with Laird and Bee taking turns hosting every other hour through the magic of voicetracking.  Announcing the 80s-themed station's launch on Sunday, Jordan said in a press release, “Dave & Ron spent years playing these hits the first time around.  I couldn’t imagine firing up this puppy without them behind the mic.”

Added 8:50am -- Since our original story was posted overnight, Geoff Herbert on syracuse.com reported that Ron Bee had cited "technical problems" on his own Facebook wall, and that he and Laird were awaiting further word from Jordan.  Since then, it appears that Facebook post has either been deleted, or at least restricted from public view.

Despite Bee's apparent optimism, Herbert reports he also received a statement from Jordan -- similar to the one CNYRadio.com received -- declaring the station won't be returning.