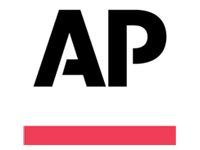 A quick reminder on how the AP handles its awards.  Class 1 is limited to the New York City metropolitan area.  Class 2 includes mid-level markets like Syracuse, Buffalo, Rochester and Albany.  Class 3 includes everything else, including Utica and Oswego.

For the “Best Regularly Scheduled News Program” category, entries were only accepted for newscasts which aired on one of two “AP Contest Days."  These dates are selected at random, and kept secret until the morning of each contest day.  Based on the titles of the entries, it appears that the 2012 Contest Days were October 18 and November 14.

As usual, we've only listed categories which include finalists within the markets of the CNYRadio.com and CNYTVNews.com coverage area (Syracuse, Utica, Ithaca).  The full statewide list of finalists is on the AP website.

Category 11: GENERAL EXCELLENCE IN USE OF MEDIUM

The college contest is open to radio/TV stories produced by students at colleges with an AP wire subscription.  While commercial radio and TV entries must have aired during 2012, the college competition allows stories which aired during the current academic year, from September 1, 2012 through March 31, 2013.

The Bill Leaf Memorial Award for best regularly-scheduled radio news program is named for the former WSYR radio newscaster and WTVH sportscaster who was killed by a wrong-way drunk driver on Interstate 81 in Syracuse in 2006.  This year's finalists hail from Fordham University in The Bronx and Hofstra University on Long Island.

The Chris Ulanowski Memorial Award for best radio news story is named after the longtime WRVO news director who passed away in 2011.  One of this year's finalists is Jim Levulis from the S.I. Newhouse School of Public Communications at Syracuse University, for a story titled, "Hancock Protestors."  The other finalist is from Fordham.

For the Television Categories, it's a Central New York battle for top honors in both categories:

Finalists will learn whether their entries will receive "First Place" or "Honorable Mention" at the NYSAPBA's annual awards banquet on June 1 in Saratoga Springs.  Former Governor David Paterson -- who tried his hand in broadcasting as a New York City talk radio host for awhile after leaving office -- will be the keynote speaker.

Our congratulations go out to all of our local finalists.  We also extend our sympathies to the many broadcast journalists who work hard every day, but didn't get to compete this year because their stations' owners removed AP wire service and/or contest entry fees from their budgets.  (The contest is only open to AP subscriber stations.  On top of that, entry fees range from $8 to $15 each, depending on medium and market size.)