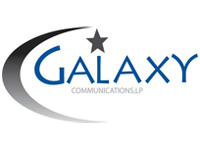 Updated 7/1 -- SYRACUSE -- Documents filed with the FCC this week show the majority owner of Galaxy Communications is cashing in its chips.  Boston-based Alta Communications is selling its stake in the Syracuse-based company, which operates 8 Syracuse market radio stations, 6 Utica-Rome stations, and an FM translator near Albany.  Because the changes are legally considered as a sale, one of Galaxy's Syracuse stations must be "spun off" to a separate company, per FCC regulations.

To most casual radio listeners who aren't into the nitty gritty of radio ownership structures, the changes may be hardly noticeable, with Galaxy Communications, LP (or "Galaxy I" for short) selling its assets to the newly-formed Galaxy Communications, LLC (or "Galaxy II" for short).  Although there will be changes in the makeup of the company's ownership, current President and CEO Ed Levine will remain at the helm.  The purchase contract on file with the FCC states that Galaxy II will offer employment to virtually all employees of Galaxy I, with the exception of "employees of WZUN," because that station will not be a part of Galaxy II.

A tip of the hat to Tom Taylor, who nicely summarized several pages of legalese in just a few paragraphs of plain English in his daily national radio industry email newsletter this morning.  You can read his report here (scroll down to the "On the Block" section -- you'll see the Galaxy logo there), and you can see the full description of proposed changes on the FCC website.

As mentioned briefly above, the one station being spun-off is Classic Hits Sunny 102.1 (WZUN).  Because Taylor's newsletter already summarized the overall changes, we'll just take a closer look at why the deal requires Galaxy to move Sunny 102 into a separate company, which will be called WZUN Communications, Inc.

Although Galaxy did not issue any press releases or statements about the deal, it's fairly easy to guess why WZUN seems to be the most practical option.  Out of Galaxy's five Syracuse FM stations, four of them operate as two pairs of simulcasting partners.  Modern rock K-Rock simulcasts 100.9 WKRL North Syracuse and 106.5 WKRH Minetto.  Classic rock TK99 consists of 99.5 WTKW Bridgeport and 105.5 WTKV Oswego.  Sunny 102 is Galaxy's only "standalone" station, so divesting WZUN would satisfy FCC regulations without splitting up one of the simulcasts.

But it appears Sunny 102's transfer to the newly-formed "WZUN Communications, LLC" may be simply a matter of compliance with FCC regulations.  As Taylor explained, Atalaya, a major investor in Galaxy II, is loaning WZUN Communications the money to buy Sunny 102, and Atalaya will have an option to buy the station back, in the event any future FCC rule changes make such a move possible.

In the Utica-Rome market, Galaxy I owns three FMs and three AMs.  All of these stations are expected to carry over to Galaxy II without any changes.

The FCC website shows the applications to transfer the broadcast licenses as "accepted for filing" as of yesterday, which means the Commission did not find any immediate problems with the plan.  Unless any significant objections are raised during a routine public comment period, the deal will likely receive full approval within the next several weeks.

Update 7/1: In this week's edition of NorthEast Radio Watch, Scott Fybush points out that Galaxy sought permission to move WTKV from Oswego to Granby in 2004, but the FCC denied the request.  Check out Fybush's column to find out how Galaxy's restructuring could satisfy the FCC's earlier objections.