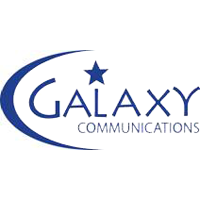 SYRACUSE -- A decade-old backlog of applications for new FM translators is finally getting action at the FCC.  This week, the Commission announced it has given Galaxy Communications approval to add a new signal in Chittenango.  Interestingly, the transmission tower for the translator's parent FM station is located only a few miles away.

In the FCC's Daily Digest on Wednesday, the Commission said it has approved Galaxy's application for a construction permit to build FM translator W229BQ, at 93.7FM, licensed to Chittenango.  Galaxy's application states that W229BQ will transmit with 250 watts of effective radiated power from an antenna located 30 meters above ground level, affixed to what appears to be an existing tower structure along Stone Quarry Road near Lakeport.

The application also states that W229BQ will simulcast WTKW, more commonly known as classic rocker TK99.  The application refers to the new signal as a "fill-in" for the primary signal, even though WKTW's primary tower is located only a few miles to the west, in Bridgeport.

Galaxy's application for W229BQ was originally filed in 2003, but like many requests filed during the same application window, it was tabled for ten years.  A new application filed this year indicated Galaxy's continued interest in adding the signal.

As with any FCC construction permit, Galaxy now has three years to "build out" the signal, get it on the air, and file for a "license to cover," the final step of getting a new broadcast signal licensed.