Mike Lindsley returning to The Score 1260 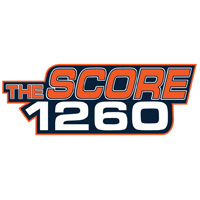 SYRACUSE -- After eight months away, sports talk radio host Mike Lindsley is returning to his old shift at The Score 1260 (WSKO).  Starting next Monday, Lindsley will be back in the studio weekdays from 3-6pm, replacing the nationally-syndicated host that replaced him when he initially left the station in March.

According to a press release from Cumulus Media today, the program will be titled "The Mike Lindsley Show: In The Cell with M.L.," and it begins on December 9.

“We are happy to welcome Mike Lindsley back to the ‘voice of the Central New York sports fan,’" said Cumulus Media ops manager Tom Mitchell.  "Once again, listeners have a choice of local afternoon sports shows."

Mitchell says the addition of Lindsley will give WSKO at least 25 hours of local programming per week, up from 15 -- not counting what the press release referred to as the station's “un-official” extra coverage of Syracuse University sports.

When Lindsley left in March for a job at WTMM, the ESPN Radio affiliate in the Albany-Schenectady-Troy market, his timeslot in Syracuse was filled by Doug Gottlieb from the CBS Sports Radio Network, which is operated by WSKO parent Cumulus Media.

Less than a week after Lindsley's departure, John Simone, then-GM of the Syracuse Chiefs, told CNYRadio.com that WSKO's decision to fill the timeslot with network talent was among the factors in his decision to take his baseball team off broadcast radio this past season.  “Doug Gottlieb isn’t going to tell listeners to ‘stay tuned for the Chiefs pre-game coming up next,’” Simone said in March.

Arguing the validity of Simone's points is moot now -- the Chiefs' board of directors replaced him after the end of this past season.  Under new GM Jason Smorol, the Chiefs have announced they'll be back on WSKO next spring -- and with Lindsley's return to weekday afternoons, the Triple A affiliate of the Washington Nationals will get more on-air attention than Gottlieb would have offered.

According to AllAccess.com, Lindsley and a producer were fired from WTMM in September.  Prior to his stint in Albany, Lindsley worked in Syracuse sports radio for more than a decade, starting out at Clear Channel's former SportsRadio 620 (WHEN) before moving to WSKO in 2011.