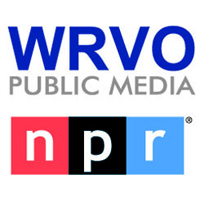 OSWEGO -- The WRVO Stations are looking to expand their reach in the Ithaca and Cortland areas. This week, the FCC approved application permits for two new FM translators that would simulcast the WRVO signal from SUNY Oswego.

Our thanks to an observant CNYRadio.com reader who caught the approvals on the FCC's daily list of Broadcast Actions on Wednesday -- although your editor also checks these lists nearly every day, these ones somehow evaded my review.

One permit calls for a new translator at 92.7FM (W224CU), licensed to Dryden, though the 60dBu service contour map on the FCC website shows the 10-watt signal will just barely cover the village center, from a tower a few miles north. It seems poised to cover the route 13 corridor between Cortland and Dryden. WRVO covers Cortland proper on a part-time basis via SUNY Cortland's 90.5 WSUC-FM, during hours when students are not controlling the station with their own programming.

The second permit gives the State University of New York (WRVO's owner) permission to build translator 101.1FM (W266CL), licensed to Marathon, along I-81 several miles south of Cortland. The 60 dBu service contour map for this 13-watt signal is expected to cover the north-south highway from Exit 9 (Marathon) to just north of Exit 8 (Whitney Point), and a few miles east-west on either side. The transmitter will be located along Tim Hill Road, west of I-81. Technically, the application says W266CL will be simulcasting 90.3 WRVD Syracuse, but WRVD is itself a repeater of WRVO's primary signal from Oswego.

Although the first public notice of these permit approvals was published Wednesday (see page 12), both permits were actually approved last Friday, January 10. As with all construction permits, WRVO now has exactly three years to build out the facilities get these new signals on-air.