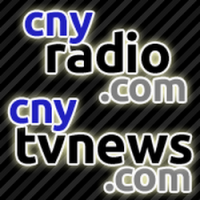 If you're seeing this, you're discovering a brand new look for CNYRadio.com / CNYTVNews.com. It's the first major update for the homepage since 2014, and the first "overhaul" of the site's appearance in longer than that! Here's the scoop on what's happening behind the scenes.

To cut right to the chase, this is not a "full revival" of the site. At least -- not at this time. (Apologies if the new look had you hopeful that this would be a bigger announcement.)

In a nutshell, some of the software supporting the look of the site has been retired and updates were no longer being provided. That was a big problem because hackers love outdated websites.

In order to keep the site secure against attacks, the older software had to be replaced. Since the software in question was a "theme builder" (essentially, the backbone of the design and layout of the site), replacing it meant having to build a new design.

So yes, we've got a "fresh coat of paint" but, for now, that's pretty much all there is to it. At this point in time, there are no plans for a "full revival" to CNYRadio.com and CNYTVNews.com. But it's not 100% out of the cards, either.

While we might resume posting stories here on the website "someday," we've never stopped posting updates on the CNYRadio Facebook Page. If you're not already following the page, you'll find it's mostly a collection of links to other coverage... but we occasionally post original content in the form of status updates, too.

If you happen to spot anything worth sharing, or have any news tips on anything that hasn't been reported elsewhere, we're still taking tips via email or via the Facebook page.