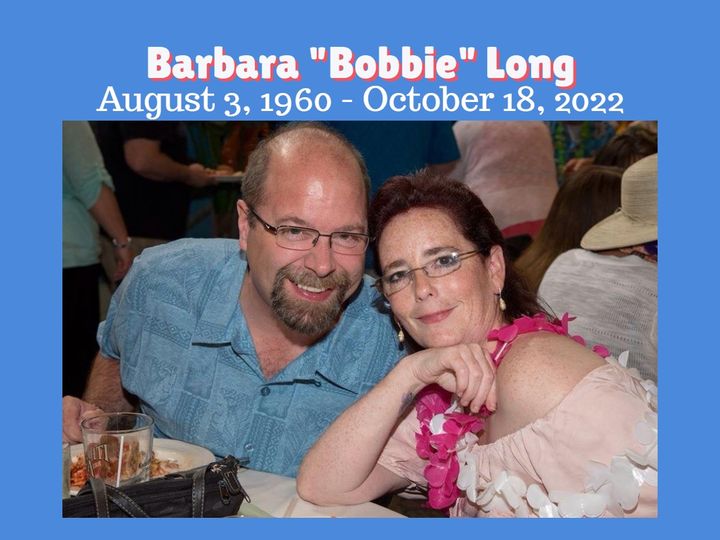 SYRACUSE -- Our condolences go out to 93Q (WNTQ) morning co-host Ted Long after the station announced the passing of his wife, Barbara "Bobbie" Long on Wednesday. It's the unfortunate end of a story listeners had been following since Ted recently announced his wife had been diagnosed with an aggressive form of cirrhosis of the liver over the summer.

Long first discussed his wife's health battle on-air in September, hoping someone in the 93Q audience might turn out to be a suitable partial liver donor. According to a story that ran on NewsChannel 9 (WSYR-TV), hopeful donors would need to meet certain criteria and then undergo about three months of testing to determine if they would be a suitable match.

Last Tuesday, October 11, Long thanked the hundreds of people who expressed an interest in getting tested. In a bittersweet update, he said one of the volunteers was shaping up to be a potential donor match, but doctors had determined Bobbie's health had deteriorated to the point she would not be able to survive a transplant surgery, even if a suitable cadaver liver had become available immediately.

Upon learning of that news, Bobbie Long was moved to Francis House, a local hospice care facility. On Wednesday morning, co-host Amy Robbins announced that Bobbie, 62, had passed the night before. Our thoughts and prayers go out to the Long family, Ted's colleagues at 93Q and Bobbie's colleagues at the Baldwinsville School District bus garage, where she had retired earlier this year, shortly before receiving her diagnosis.