Update 9/7/09 - We did not have enough people (specifically females) sign up to satisfy the minimum team size rules of the tournament, so we will not have a team.  Thanks to the folks who did express an interest, and hopefully we'll be able to get a team together for next year.  :-(

SYRACUSE -- We're so close to having enough people for Team CNYRadio.com to join in the 4th annual Bill Leaf Kickball Tournament!  The keyword is "close" -- because we still don't have quite enough to satisfy tournament rules.  If you've told us you "might" play, we need to know for sure by 9pm Sunday or else we could miss the registration deadline.  If you've been thinking about it all week but haven't contacted us yet, NOW is the time. 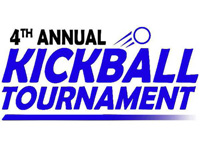 The tournament rules state we need at least 8 players to make the team a reality, including at least 4 female members.  At this point, we have six confirmed players, but so far, just one female.  Even when we meet the minimum, we'll still welcome more players so we can rotate players out for rest breaks, rather than everyone playing all the time.  (And it's more money for the scholarship funds... see below.)

If you're interested in joining us, e-mail cnyradio@cnyradio.com and let us know.  Once we get enough people to form the team, we'll send out a group e-mail to let you know we have a team, and we'll go over the other details (like where to send the registration money, deciding a team color and name, and stuff like that).

The Bill Leaf Kickball Tournament has been held every year since 2006, when the former WSYR reporter was killed by a wrong way drunk driver on I-81 in Syracuse.  Proceeds from the tournament fund an annual journalism scholarship in Bill's name at his alma mater, Syracuse University.

In 2008, the tournament also started to benefit a Liverpool High School scholarship in memory of Samantha Reynolds.  The 14-year-old was killed by a wrong way drunk driver as her family drove through South Carolina en route to Disney World for spring break.