CLEVELAND -- Former disc jockey Peter C. Cavanaugh -- whose long and successful radio career started at Syracuse's WNDR in the 1950s -- is featured in a new exhibit at the Rock and Roll Hall of Fame.  The interactive exhibit gives listeners the chance to see how radio (and its trusted personalities) helped launch the rock-and-roll genre's lasting success.

The new exhibit in Cleveland is titled On the Air: Rock and Roll Radio.  Although we couldn't find details on the Hall of Fame's website just yet, Cavanaugh provided this official description which comes from the museum:

On the Air: Rock and Roll and Radio is a dynamic, multi-layered interactive kiosk that explores selected disc jockeys who introduced millions of listeners to rock and roll, rhythm and blues, hip hop, funk, folk and many other sounds. The intimate relationship between DJ and listener formed a bond of trust as the disembodied voice coming over the air became personal a guide to the endless stream of music that seemed to flow through the radio dial. In city after city around the United States and Canada, many men and women created a theater of the mind that ranged from detached cool to flat out wacky. Rock and Roll became the language of many generations though the efforts of these talented radio hosts.
The kiosk is designed so the visitor can explore instinctively using location and decade. The program contains photos, biographies and sample air checks from dozens of DJs from all over the U.S., Canada and the U.K. dating from the 1940’s through the 21st century. The On the Air: Rock and Roll and Radio kiosks are located in the Museum’s Ahmet Ertegun Hall in the Cities and Sounds gallery. 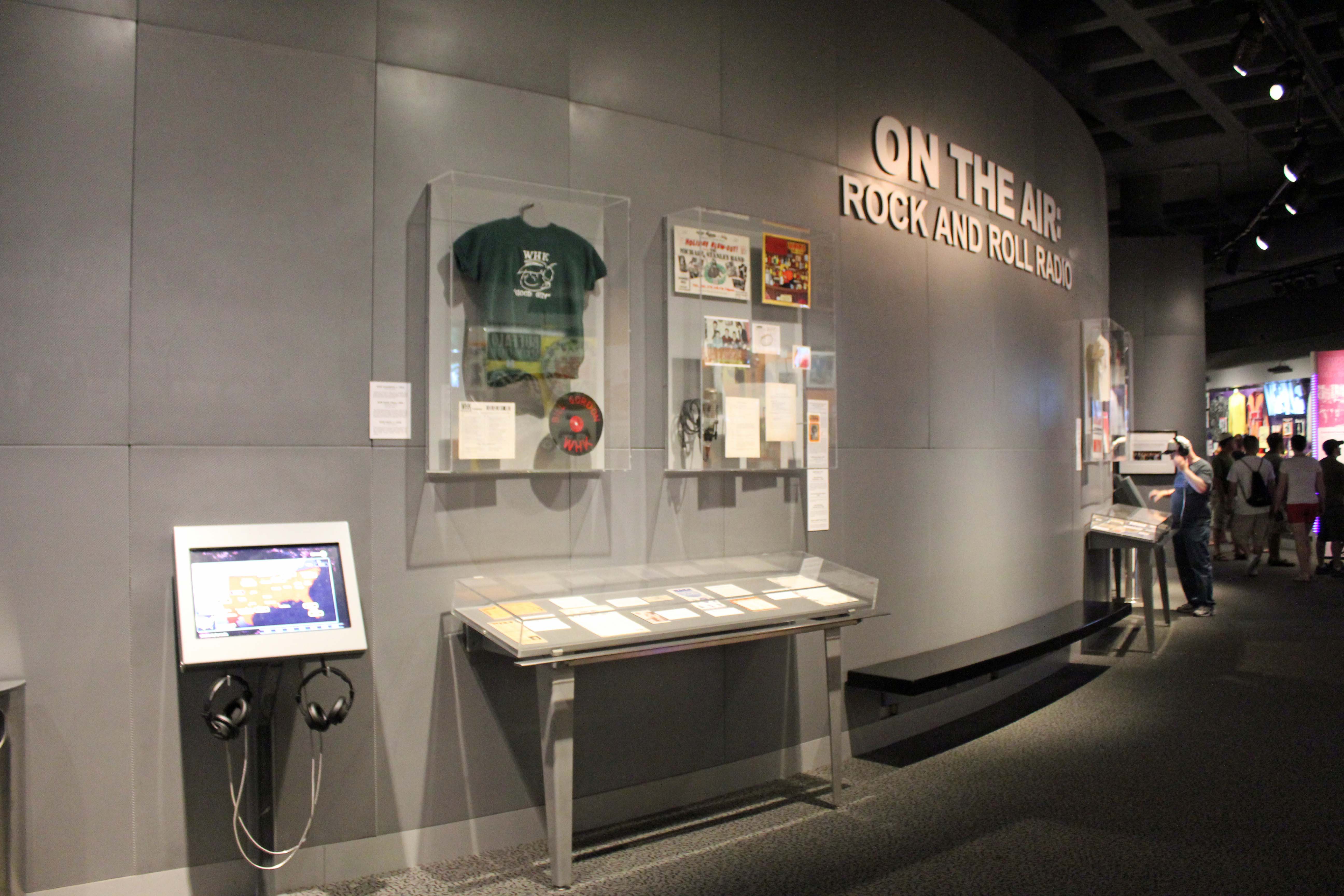 Former WNDR host Peter C. Cavanaugh is among the DJs featured in a new exhibit at the Rock & Roll Hall of Fame in Cleveland. (Click for larger photo.)

Cavanaugh was only 16 years old when his show on WNDR was posting 58-shares in the Syracuse ratings in 1957.  His success continued in Flint, Michigan, where he eventually traded in his headphones for a shot at management -- as president of WTAC in 1977.  Eventually, he became the Executive VP of a seven-station group which included some of the top-rated rock-n-roll stations in the country.  Cavanaugh also held some national-level positions including Chairman of the NBC Source Board and President of the ABC Radio Affiliates Board.

Today, Cavanaugh lives in California with his wife, Eileen.  In his book "Local DJ: A Rock 'n Roll History

," Cavanaugh recalls many of his radio adventures, along with his efforts in "promoting and producing literally hundreds of early concerts with the likes of Chuck Berry, The Rolling Stones, Jimi Hendrix, The Who, Bob Seger, Ted Nugent, Alice Cooper, Kiss and AC/DC."

Although Cavanaugh hasn't been back to Syracuse lately, he might have the chance to catch up with a former WNDR co-worker soon.  He tells CNYRadio.com he might be visiting Nashville later this fall -- if he decides to go ahead with the trip, he hopes to see Dave Laird, who moved to Tennessee after retiring from Syracuse radio in 2008.

For those of you who may be younger readers, or who are fairly new to Syracuse, WNDR is a former callsign for what's known today as Citadel sports talk station The Score 1260 (WSKO).