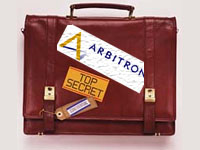 CENTRAL NEW YORK -- Earlier this week, we shared with you the Syracuse and Utica-Rome market Arbitron radio ratings for the Spring 2012 survey period.  The ratings company's relatively-new "subscriber only" policy makes it tough to get a truly-accurate picture of the competition in both markets, but thanks to reliable sources, we have some additional information to share about the latest numbers from both markets.

Although Arbitron only releases the actual ratings numbers for "overall" Person 12+ estimates for subscribing stations, the company's fair use guidelines do allow subscribers to provide additional information to the media, as long as it's discussed in a way that does not mention any specific numbers beyond those already released to the public.  Since our initial articles have appeared, we have heard from reliable sources, who requested to remain anonymous, but have graciously provided some additional insight on the latest reports.

In Syracuse, we previously only had Persons 12+ estimates for Monday-Sunday, 6am to midnight, for subscribing stations owned by Clear Channel Media + Entertainment and WOLF Radio, Inc.  The subscriber-only report omits significant competitors such as the stations owned by Galaxy Communications and Cumulus Media.

The grid of results we updated earlier this week shows B104.7 (WBBS) in first place, followed by Hot 107.9 (WWHT).  Thanks to our anonymous sources, we can now report that Cumulus CHR 93Q (WNTQ) actually fell in between the two stations -- we just can't say exactly how well 93Q did compared to its longtime competitor.

Following WWHT, the rankings are intact until we get past WYYY's 5.5 share.  Beyond Y94FM, we can say 95X (WAQX), TK99 (WTKW), Classic Hits 92.1 WSEN-FM, K-Rock (WKRL) and Sunny 102.1 (WZUN) follow, in that order, but again, we can't say exactly how they fared.  Of course, everyone in both radio and advertising knows that Persons 12+ estimates are just an "overall" picture of the market, and many stations prefer to target a specific demographic.

For example, among Women 25-54 during the same survey period, you might expect the AC format to win out, but our sources tell us WNTQ leads the pack, followed by WBBS... and that's the same order as the Winter book.  WWHT and WYYY were tied for third place in the winter book -- and while both stations gained listeners in the spring, WYYY pulled ahead to break the tie.  From there, it's a sharp dropoff to fifth place, with urban AC Power 620 (WHEN) claiming an audience less than half the size of WWHT's.

Among Men 25-54, a flip-flop for first and second place between the winter and spring, as 95X takes the lead over B104.7, with TK99 following very closely behind.  Hot 107.9 and the WSYR AM/FM news/talk simulcast tie for fourth in the demo, followed by another tie between K-Rock and Y94FM.

Sports Battle:  Arbitron has Galaxy's ESPN Radio 97.7 (WTLA/WSGO) and Cumulus' The Score 1260 (WSKO) tied in the Persons 12+ demo, somewhere between where WHEN and WVOA stacked-up on the public ratings report. WSKO doing slightly better than WTLA in both the women 24-54 and men 25-54 categories.

Reith / Limbaugh Impact? Noticing that WSYR's numbers fell among P12+, M25-54 and W25-54, we can't help but wonder if those changes could be attributed to WSYR's decision last fall to replace local host Jim Reith with Rochester-based host Bob Lonsberry.  Or perhaps the hit could be attributed to national efforts to boycott Rush Limbaugh after the syndicated-host's criticism of Sandra Fluke earlier this year.  Our sources did not provide numbers for specific timeslots, however, so it's hard to say for sure.

The Persons 12+ rankings updated earlier this week only include subscribing stations from Townsquare Media and Roser Communications Network.  The only other major non-subscribing cluster in the market is Galaxy Communications, along with a number of owners who run just one or two stations apiece.

The previously-reported top three rankings of Big Frog 104 (WFRG), Lite 98.7 (WLZW) and Oldiez 96.1 (WODZ) are true rankings, with no non-subscribers popping up in between.  Our sources with access to the Utica-Rome book tell us Galaxy's 96.9 WOUR gained nearly two points since last fall to capture fourth place in the spring.  WOUR is followed by sister station K-Rock (WKLL) before we get back to the "public" list with the 5.8 posted by Roser's Kiss-FM (WSKS/WSKU) stations.

And while Lite 98.7 saw a slight drop from fall to spring, it wasn't a benefit to hot AC Mix 102.5 (WUMX), which also saw a slight drop between the two books, keeping it somewhere between where WIBX and WBUG appear on the public Persons 12+ chart.

Just like in Syracuse, the top of the Women 25-54 chart differs from the "overall" P12+ rankings.  In the fall, Lite 98.7 and Big Frog 104 were neck and neck, with Kiss-FM not too far behind, followed by a respectable number for Mix 102.5.  But in the spring, big changes as WLZW skyrockets well ahead of WFRG.  K-Rock also experienced a sizeable leap, coming out of nowhere to take third place in the demo.  WUMX falls and WODZ gains, arriving at the same number to tie for fourth place.  Meantime, Kiss-FM takes a rather noticeable hit, falling from third place to tie with WOUR for fifth place on the W25-54 chart.

Classic rock is king among Men 25-54, with 96.9 WOUR gaining a few points to maintain its lead in the demo, followed closely by WFRG, which also saw an increase.  The fall book's third-place station, news/talker 950 WIBX, takes a big hit, allowing K-Rock to take the bronze.  Townsquare makes up for that loss with WODZ, however, as the station's steep jump in the public P12+ chart is echoed among the male 25-54 group.  Also notable, ESPN Radio (WTLB) more than doubled it's fall number in the demo, allowing it to pull ahead of talkers WIBX and WUTQ.

Just a fluke?  Longtime Utica-Rome radio staffers know the market has had its fair share of one-book swings, where specific stations might do much better (or much worse) than usual.  We're guessing that could be the case in more than one instance this time around.  Of course, the "dramatic" changes could be a result of the station being rated only twice a year, while such changes might appear to be more gradual in a continuously-measured market like Syracuse. Time will tell -- we'll be interested to see what sticks and what doesn't when the market's next report, the Fall 2012 book, is released in January.

Just in case anyone's wondering, no word yet on the Eastlan Ratings reports for the Syracuse or Utica-Rome markets.  When we checked with the company earlier this week, CEO Mike Gould told CNYRadio.com that these were "among five markets that we are not able to release at this time."  He didn't indicate whether we were just inquiring too early or if there are other issues at play, but he did assure us that he'll be in touch "when the status changes."

Arbitron's ratings are based on written diary entries, while Eastlan's ratings are based on telephone surveys.  Arbitron only releases Persons 12+ ratings for commercial stations which subscribe to its full reports.  Ratings for non-commercial stations are published by the Radio Research Consortium, in a separate report that's typically released a week or more after Arbitron's initial report.  By comparison, Eastlan's reports have always (at least as long as we have been publishing them here) included Persons 12+ ratings for all stations in the market, regardless of subscriber status or commercial status.  In some cases, the reports have even included satellite radio channels if there are enough listeners to make the survey.

Our thanks to the sources who helped us piece together some additional information for this article.  As mentioned previously in the article, we believe the descriptions provided herein are within the "fair use" guidelines set forth by Arbitron, as we did not publish any exact ratings numbers beyond the numbers already released to the public earlier this week.

Disclosure Statement: Although CNYRadio.com editor Peter Naughton resigned from his position as a part-time weekend on-air personality for WLZW in June and no longer has any professional relationship with Townsquare Media, and although our sources for the above ratings information have requested to remain anonymous, we feel it is important to mention that the ratings information in this article did NOT come from anyone at Townsquare Media.