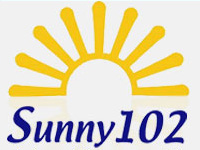 That's the word from Sunny 102 morning host "Big Mike" Fiss, who tells CNYRadio.com he's "delighted" to have an "all around great guy" taking Kobland's place as news anchor.

Longtime residents may remember Campagna previously worked in radio news at WHEN in the 1980s.  Although he primarily serves as a producer for WSYR-TV's morning and noon newswcasts, Campagna has also been known to make the rare "pinch hitting" appearance as an anchor for the ABC affiliate.

Although Kobland remains on the Sunny 102 lineup as a weekend DJ, he gave up his news reporting duties when he left WSYR-TV to accept a position at Syracuse University last month.

Just as Kobland anchored Sunny 102's morning newscasts in addition to his regular duties at NewsChannel 9, Campagna will also remain in his producer post at the television station.