While We Were Out: K-Rock Hosts in Court; TV's Mr. Food Dies 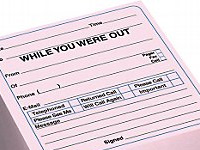 SYRACUSE -- We're back from some rest and relaxation out-of-town over Thanksgiving with a recap of two stories from the latter part of the week.  The legal action between K-ROCK's morning hosts and their former employer appear to be over.  And television viewers are mourning the passing of longtime syndicated chef and upstate New York native "Mr. Food."

Art Ginsburg, best known to viewers across the country as "Mr. Food," died on Wednesday at the age of 81.  His daily, 90-second vignettes were shown during noon newscasts for many years on Syracuse's CBS 5 (WTVH), and on Utica's NewsChannel 2 (WKTV) since 1992.  Ginsburg made his mark in demonstrating simple recipes that average viewers could easily pull off, without needing extensive culinary talent.  Each report ended with his trademarked tagline, "Ooh, it's so good!"  The Troy native got his start at Albany's WRGB-TV in 1975, and had a syndication deal by 1980.  At his peak -- just a few years ago -- "Mr. Food" was airing on 168 stations across the country each day.

Ginsburg also published more than 50 "Mr. Food" cookbooks over the years, selling more than 8 million copies.  (Your editor remembers at least one occasion where Mr. Food visited a mall near Utica to sign copies of his books.)  According to various news sources, Ginsburg had been battling pancreatic cancer for a little over a year.

The legal drama between two Syracuse radio hosts who abruptly quit the morning show at 95X (WAQX) last month, only to resurface three days later at K-Rock (WKRL/WKRH/WKLL) appears to be over.

Hunter Scott and Josh Grosvent said 95X owner Cumulus Media accused them of failing to give Cumulus a "first right of refusal" in renewing their contract before they moved across town to the Galaxy-owned stations.  But the two hosts countered that argument by saying their contracts expired at the end of August, and multiple attempts to negotiate a new contract were rebuffed by management for several weeks before the duo handed in their notices of resignation in mid-October.

On October 29, a New York State Supreme Court justice said Scott and Grosvent could continue to work for Galaxy at K-Rock, but granted a temporary restraining order which banned the pair from referring to their program as "The Show," ruling the title was the intellectual property of Cumulus, since it had been created there.  Two other items declared off-limits included the fictional character "Chalkdust" and the "Beer Friday" segment.  The court scheduled the sides to return for a final ruling on November 21 -- this past Wednesday.

A source at Galaxy tells us the court affirmed its previous decision -- converting the temporary restraining order to a "preliminary injunction" which will run through next February.  Aside from the aforementioned banned terms, our source says Scott and Grosvent are "free and clear" to continue with their work at K-Rock.

It's official. We WON! Dumulus & X no longer own us. The judge ruled & we are FREE! A few things we can't say, but we can work for @krockcny

CNYRadio.com contacted Cumulus Media Syracuse General Manager Shane Bogardus to request his thoughts on the latest ruling, but we did not receive any response.  "Big Smoothie" has been hosting mornings for 95X since Scott and Grosvent left the building, but it looks like he could eventually return to afternoon drive -- Cumulus posted an opening for a morning host earlier this week.