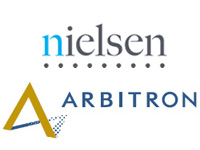 NEW YORK CITY -- According to press releases issued by both companies, television ratings giant Nielsen "has signed a definitive agreement to acquire Arbitron," the leader in radio ratings data.

Nielsen says it has financing in place to acquire Arbitron at $48 per share, "a premium of approximately 26 percent" over yesterday's $38.04 closing price.

The press release -- identical on both company websites -- says boards of both companies have approved the deal, and now only awaits "customary closing conditions, including regulatory review."