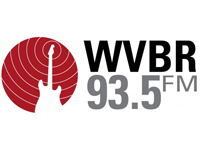 ITHACA -- Big news behind a big move planned by student owned-and-operated WVBR 93.5FM: when the station moves to new digs later this year, the building will be dubbed the "Olbermann-Corneliess Studios."  The naming rights to WVBR's future home were secured through a major donation from cable TV news commentator Keith Olbermann.  The broadcaster -- a 1979 graduate of Cornell University -- said he wanted the studios named in memory of his father, Theodore Olbermann, and Glenn Corneliess, a WVBR colleague and former program director who died in 1996.

Olbermann, who has worked for ESPN, MSNBC and Current TV, presented the gift at a recent WVBR alumni dinner in New York City.  At the event, Olbermann said, "everything I have began at WVBR and I'm honored to help future generations of broadcasters who'll be able to gratefully say the same thing."

He added, "It's also an honor to be again be able to pay tribute to my late friend Glenn Corneliess. I'm sure Glenn would've objected to the ordering of our names until I told him that this precludes any chance anybody will ever think there was a guy named 'Corneliess Olbermann’.”

In the submitted photo above, Olbermann posed with WVBR members past and present, holding a giant check that says "ALOT" in one space, and "A Whole F'in Bunch" of dollars in the space below.  (And a note for any would-be identity thieves:  the "routing number" on the big check refers to the past, present and future street addresses of WVBR's studios, while the "account number" begins with WVBR's request line, 607-273-2121, followed by the station's FM frequencies, 93.5 and translator 105.5.)

According to a press release, WVBR was based at 227 Linden Avenue for many years, until the station was forced to vacate in 2000.  Since then, the station has been renting space in the New York Holstein Association building at 957 Mitchell Street, which requires students to travel significantly farther away from campus.  "With the distance from campus making it difficult to attract students," members explained in a press release, "relocation became increasingly crucial to WVBR’s future as a radio station and multimedia outlet."

Last month, the Cornell Radio Guild -- the non-profit organization that runs WVBR -- purchased the former Crossroads Life Center at 604 East Buffalo Street, in Ithaca's "Collegetown" neighborhood.  A "Capital Campaign" was launched to fund the purchase of the building and the necessary renovations to make it suitable for use as a radio station.  The station says the new home is much closer to Cornell and its student population.  The two-story building will provide more than 2,400 square feet of floor space.

Design plans include two modern, soundproofed studios for WVBR and CornellRadio.com, as well as additional "multifunction" space which can be used for live or recorded music performances or other special events.  The plans also call for audio and video production editing suites, business offices, a workspace for news and sports staff, a music library, archives, a meeting room and a lounge.  The Cornell Radio Guild says it has been using local vendors for construction, furniture and equipment whenever possible.

WVBR didn't reveal the exact amount of Olbermann's contribution, but the station's website says more than 170 donors have contributed a total of nearly $556,000 towards its Capital Campaign, which is about 60% of the way toward an overall goal of $935,000.  The Cornell Radio Guild's status as a registered 501(c)(3) charitable organization means all contributions are tax-deductible to the extent allowed by law.

WVBR's website has a special page with details on how to contribtute to the effort.  Although Keith Olbermann already secured naming rights to the building, there are still naming rights available for individual studios and other rooms inside the facility.  The webpage also has detailed information about the new facility, including floor plans and a blog with updates on the progress.