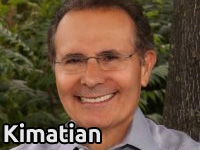 SYRACUSE -- Four years ago, former NewsChannel 9 (WSYR-TV) executive Steve Kimatian ran for mayor.  He lost that race, along with another race -- for City Auditor -- in 2011.  Will Kimatian try for City Hall again this fall?  In a report on syracuse.com today, he made it clear he has no plans for a rematch with incumbent Mayor Stephanie Miner.

Kimatian, a Republican, says if he ran, the odds would be heavily against him.  According to the Onondaga County Board of Elections, more than half of the City of Syracuse's registered voters are Democrats, outnumbering Republicans by a margin of more than 3-to-1.  Republicans are even outnumbered by unaffiliated voters, who comprise nearly a quarter of the city's voting population.

Reporter Michelle Breidenbach wrote the former television executive "said Democrats have too much of a head start in the city."  And that doesn't just refer to voter demographics -- Miner, a Democrat, announced her plans to seek a second term in January.  As of yet, she remains unopposed.

In 2009, Kimatian beat a heavily-endorsed candidate in the Republican Primary, but lost the general election to Miner by nearly 2,500 votes.  Two years later, Kimatian came up nearly 2,000 votes short in a race for City Auditor.

Last year, Kimatian embarked on a different type of campaign -- he headed up a group of investors who bankrolled the production of a TV sitcom pilot which was shot on-location in Syracuse.  The show, called "Upstate," was screened locally at Syracuse Stage and aired on NewsChannel 9 before it was shopped to network executives, with the hopes of getting the pilot picked up as a full series.  (To the best of our knowledge, there hasn't been any news on that front in over a year.)

Before entering politics, Kimatian was the General Manager at channel 9 for several years, until he was promoted to Vice President of Clear Channel Television's Northeast Station Group, overseeing several television stations across upstate New York, but still based in Syracuse.  When Clear Channel sold its television division to Newport Television in 2008, Kimatian became general counsel for Newport, but stepped down from the post prior to launching his mayoral campaign.  While most local television executives rarely appear on-air, Kimatian hosted the weekly public affairs program, With Steve on Sunday.