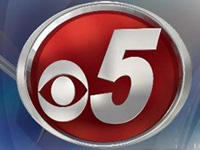 Update 3/26 -- The WTVH transmitter has returned to service.  Here's a newer story.

Updated 3/25 at 5:00pm -- WTVH transmitter still out, programming remains available on WSTM 3.3 over-the-air.  SYRACUSE -- Many local viewers are voicing their frustration tonight, as CNY Central says it's "having problems" with the CBS5 (WTVH) transmitter.  While susbcribers of Time Warner Cable and Verizon FiOS are unaffected, there's no CBS programming tonight for viewers who watch over-the-air or via Dish Network.

A story appeared on CNYCentral.com at about 7:10pm.  The joint news operation of WTVH and NBC affiliate WSTM-TV explained it's a transmitter problem, "which our engineers are currently working to fix."  The very brief article offered no details on the nature of the problem or how long it might take to get CBS-5 back on the air.  Some previous outages lasted less than a day, but at least one outage spanned the better part of a week.

As of this writing, more than a dozen viewers had posted comments below the article, expressing frustration over missing part of tonight's NCAA men's basketball tournament, and the traditionally successful CBS Sunday night prime time lineup, including the long-running news magazine 60 Minutes, followed by The Amazing Race, The Good Wife and The Mentalist.

One comment read: "I'm a Kansas alum living in CNY and was pretty excited to watch the KU / UNC bball game. Their games are almost never on network tv here. Ten minutes before the game starts...black screen..."

Another person wrote: "This happens often. Sunday evenings is the only time we watch this channel. I hope it gets fixed tonight, but alas, usually for some reason, it takes like 3 days or more. Not ok."

Yet another viewer commented: "This is not the first time this has happened. Will you lose some national advertizers dollars? Can you make it electrically or electronically automatic that the Channel 5 signal "rolls" to the 3.3 transmitter when a problem occurs?"

That last comment refers to the fact that, during previous WTVH transmitter outages, CNY Central has temporarily aired WTVH's feed on WSTM-DT 3.3.  As of 9:30pm Sunday, channel 3.3 was showing the usual automated rotation of taped weather and news segments, with the weather L-bar that dates back to the days of the "NBC Weather Plus" system.

Although WTVH and WSTM are technically owned by two different companies, WSTM owner Barrington Broadcasting operates WTVH through a shared services agreement with WTVH owner Granite Broadcasting.  The deal has been in place since 2009.  However, during one previous outage, CNY Central GM Chris Geiger said the string of transmitter failures has nothing to do with the two stations combining their operations in the WSTM building.

Updated 3/25 -- The problem doesn't affect Time Warner Cable or Verizon FiOS customers because CNY Central provides a direct program feed via fiberoptic cable to both companies.  However, neither Dish Network nor DirecTV has a hardwired feed -- the satellite companies pick up WTVH's over-the-air signal with an antenna.  As a result, when the WTVH transmitter fails, it affects Dish Network and DirecTV subscribers just the same as anyone who watches for free with an antenna.  For viewers who live in remote areas that aren't served by cable and can't get WTVH over-the-air, satellite is the only option.

One CNYTVNews.com reader took a picture of the WTVH outage as it appeared through his DirecTV set-top box and tweeted it to us:

In the past, CNY Central has reminded viewers that regular CBS prime time programming is also available on the network's website.  Although online may not be an option for certain live events, especially sporting events, the NCAA offers live streams of all March Madness games at http://www.ncaa.com/march-madness-live/.

WTVH's transmitter has experienced multiple outages in the past couple years:

Anytime there’s news happening at your station, we're always appreciative for your news tips.  Our email address is cnyradio@cnyradio.com — we value our sources, so if you want to remain anonymous, just say the word and your name will never be mentioned, on the site or off.  If you don’t even want us to know who you are, use the Contact Form… even though there are spaces for your name and email, you can leave them blank.

This story was updated a few hours after its original publication on 3/24 to report CNY Central has offered a WTVH simulcast on WSTM-DT 3.3.  The story was updated on 3/25 after we received reports that DirecTV viewers were also left without CBS programming as a result of the outage (we had originally only reported Dish Network customers were affected).