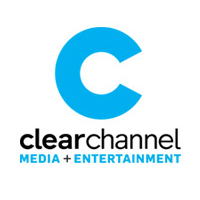 SYRACUSE -- One longtime veteran of local radio will be replaced by another, when Clear Channel Syracuse Market Manager Joel Delmonico calls it a career at the end of the month. The company announced General Sales Manager Rick Yacobush as the heir to the company's highest-ranking position in Syracuse.

Word of Yacobush's appointment comes by way of the national radio trade website AllAccess.com. The site notes Yacobush has nearly 40 years of experience in the Syracuse radio market, starting out on-air as "Rick Charles" for 1490 WOLF before transitioning into sales.  Yacobush has been with stations that would eventually become the Clear Channel Syracuse cluster for the past 26 years, with 18 of those years in management.

Kevin Legrett, Clear Channel Senior VP of Operations Northeast, told AllAccess the company's six-station cluster "reaches more people in Syracuse than any other media." He added, "Rick's unique ability to maximize our assets will allow us to serve the community as well as our advertisers in a multi-platform fashion."

Current Market Manager Joel Delmonico announced last month that he will retire by the end of the year, following more than 30 years in Syracuse radio, including 21 years as market manager.  Yacobush officially takes over on January 1, 2014.

According to the latest Nielsen Audio ratings, the cluster had a combined 34.2 share among Persons 12+ during the Summer 2013 ratings period, the most-recent report available to the general public.  WBBS is singlehandedly responsible for about a third of that audience.