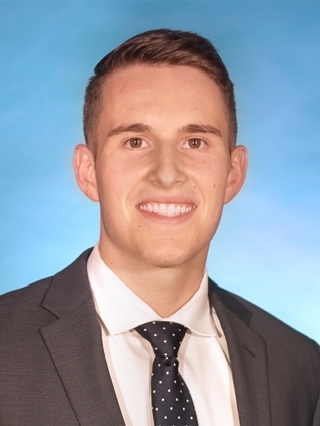 SYRACUSE -- Following the news that husband and wife Niko Tamurian and Farah Jadran are leaving CNYCentral, there's word on at least one replacement. The cluster housing NBC3 (WSTM), CBS5 (WTVH) and CW6 (WSTM-DT 3.2) says Tommy Sladek will take over as Sports Director. There's also more details on where Tamurian is headed next.

Here's the rest of the story as provided in a press release from CNYCentral:

This announcement comes a month after Sports Director Niko Tamurian and his wife, CBS This Morning and Noon Anchor Farah Jadran, announced they were moving to Seattle, Washington to continue their careers and welcome their newborn child.  Tamurian will join Sinclair’s sister station KOMO-ABC in Seattle as the station’s Sports Anchor/Reporter.

“While it’s never easy to replace such a beloved ‘Face of Local Sports’ we are incredibly blessed to have a talented anchor and journalist in Tommy Sladek who has spent the last two years working closely with Niko and our leadership team on sports coverage,” said Amy Collins, Vice President and General Manager of WSTM NBC3, WTVH CBS5, CW6, & CNYCentral.com.

“Much like Niko, Tommy is a big market talent with the character and heart to match,” said CNY Central News Director Sean Carroll.  “He’s an accomplished journalist, photographer, anchor, storyteller, and sports anchor who will continue to bring our community the most impactful and compelling sports coverage on all our CNY Central TV and Digital platforms.”

“I’m thrilled to continue my career in a place I’ve called home these past three years,” Sladek said.  “Working with Niko has shown me what it means to truly dedicate yourself to a passionate community.  There’s always a sports story to tell in Central New York and I’m thankful to CNY Central for this incredible opportunity.”

“There is no better person for this job and Central New Yorkers are going to see Tommy deliver them the most exclusive access to Syracuse University Athletics,” outgoing Sports Director Niko Tamurian said.  “It makes me proud to know this department I’ve worked tirelessly to build is going to be in the hands of a trusted colleague and friend.”

One comment on “Sladek Named Sports Director at CNY Central”