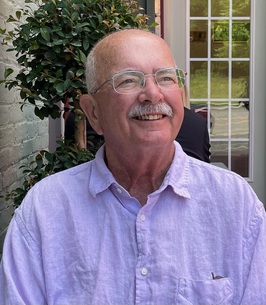 SYRACUSE -- Local broadcasters are mourning the death of one of their own tonight. Longtime radio and TV newsman Dave White passed away Monday at the age of 71. Younger journalists and audiences may recall White as the former media relations contact at SUNY-ESF.

According to his obituary, the LeMoyne College graduate started his radio career in nearby Oneida and then headed west to Lockport. He'd then spend some time at stations in North Carolina and Missouri before returning to Syracuse, where he enjoyed a 12-year run at Newsradio 570 WSYR.

This 1985 photo of the WSYR radio news team was featured as a CNYRadio.com "Picture of the Week" in 2011. White is seen near the left end of the second row, looking downward.

Also in the photo is Jim Reith, who worked with White during his own 27-year run at "the news and weather station." Upon hearing of White's passing, he offered thoughts in a public post on Facebook:

Following his run at WSYR, White became one of many Syracuse broadcasters who made the jump from radio to TV news, reporting for NBC-3 (WSTM-TV) while also anchoring at the short-lived All-News 1260 WNSS from 1996 to 2001.

The end of the all-news format would lead White to head into the world of public relations. After a few years as a press secretary in the New York State Senate, White became the media relations rep for the SUNY College of Environmental Science and Forestry (ESF) from 2004 through his retirement in 2019. And we would be remiss if we didn't mention White's time teaching telecommunications at Cayuga Community College from 1987 to 2001.

Contributions may be made to the SPCA of CNY or https://www.garysinisefoundation.org/