Sports Show Bud and the Manchild to Make Comeback

SYRACUSE -- The once-successful local sports talk pairing of Bud and the Manchild will return to the airwaves on Monday, May 3.  The show has a new timeslot -- weekdays from 10am to noon.  It also has a new home -- Citadel's The Score 1260 (WSKO).  CNYRadio.com spoke with co-host Jim Lerch, who says he's very excited about getting back on the radio for several reasons.

First, some background: former fans may remember Bud and the Manchild had a 7-year run across town at Clear Channel's SportsRadio 620 WHEN.  Jim Lerch is "The Manchild" of the pair.  In addition to co-hosting the show, he had previously served as PD for WHEN and sister station Newsradio 570 WSYR.  Before that, Lerch was a sports anchor/reporter at ABC affiliate NewsChannel 9.  The "Bud" in the show's title is Bud Poliquin, a longtime sports columnist for the Syracuse Post-Standard.

The show ended abruptly a little over a year ago, when Lerch was one of 1,800 people Clear Channel pinkslipped nationwide the same day Barack Obama was inaugurated as President.

According to a press release touting the show's revival, Bud and the Manchild was the #1 CNY Sports Radio Talk Show during its 7-year run, with many describing the show "as a radio version of the award-winning TV show Seinfeld."

Lerch tells CNYRadio.com that he and Poliquin have heard from many of their old fans over the past year, feedback that encouraged the duo to look for a way to get back on the air.  "We missed the audience," Lerch  said, "and I'm excited that we'll be talking to our fans again soon."

Over the past year, Lerch says he feels like "something's been missing from the sports radio scene locally."  Lerch believes he and Poliquin work well as a team, "because we have a more seasoned perspective, compared to some of the other stuff out there." 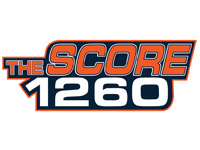 Lerch explains his desire to get back on the air kicked into high gear when he learned about WSKO losing its ESPN affiliation earlier this year.  "We heard they wanted to do more local radio, so I called Citadel and asked, 'really, do you?'"  Lerch says, "from the very first conversation I had with [Citadel GM] Dan Austin, they were really receptive and excited to have us."

Lerch says he and Poliquin are "extremely excited" to get back on the air, and Lerch is particularly pleased with the idea of expanding the offerings of locally-produced radio.  "Citadel's very committed to doing local.  That's what I wanted to do when I took the job at WHEN, I want to support local radio.  I hate how everything else is becoming national."

Aside from the new station and the new timeslot, Lerch says he might try to approach his hosting duties a little differently.  Over the past year, Lerch says "sitting back and listening [to other shows] has given me the chance to say 'I don't want to do this' or 'I don't want to say that,'" and hopefully be a better host this time around.  Yet, he believes listeners will still get what they expect, in terms of the successful on-air chemistry between Lerch and Poliquin.

Lerch also points out the fact he'll be concentrating solely on co-hosting -- he won't be juggling the stresses of programming two radio stations during the remainder of his workday.  The reduced workload (and reduced pressure) will allow Lerch to approach the new gig with what he calls a "nothing to lose attitude," because it's "more of a hobby."  Rather than working for Citadel, Lerch says he and Poliquin own the show independently.

About the timeslot, Lerch says "it suits our lifestyles better," and he says he and Poliquin "always wanted that timeslot," because it's the timeslot formerly occupied by Tony Kornheiser when he had a national show, "and we always felt we'd do well if we had that timeslot, and now we have it."

Bud and the Manchild return to the air on Monday, May 3rd.  The show will be heard locally on The Score 1260, weekdays from 10am to noon.  Fans outside of the WSKO listening area can catch the show streaming online at www.thescore1260.com.  Lerch says "we're working on getting some big name guests lined up for week one."

A new website dedicated to the show is also in the works -- it'll eventually appear at budandthemanchild.com but as of right now, you'll just find a placeholder page.  Lerch tells CNYRadio.com the site is being developed right now, but he's not sure exactly when it will be completed.