SYRACUSE -- This week, we've got not one... not two... but four different Pictures of the Week.  Syracuse radio stations were out in full force at a number of special events last weekend.  It wouldn't be fair to choose just one and make the others wait for another week or two, so we just decided to feature them all today. 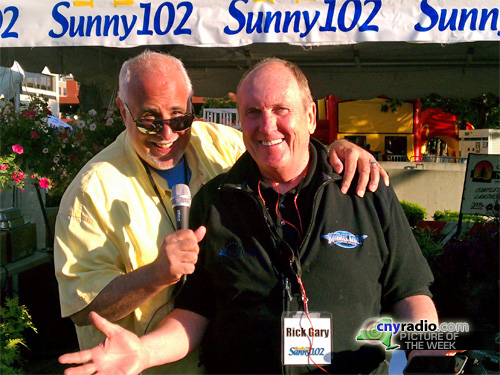 First up, your editor spotted these two guys, hamming it up during the Taste of Syracuse last Friday night.  From Galaxy's Sunny 102 (WZUN), that's morning host "Big Mike" Fiss on the left, with afternoon man Rick Gary on the right. 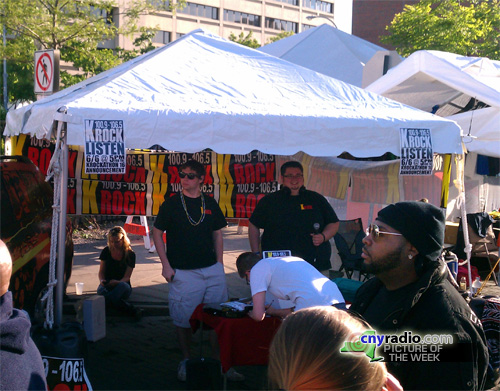 Also appearing at the Taste of Syracuse, the crew from K-Rock (WKRL/WKRH/WKLL) including morning man Griffin on the right, meeting and greeting fans in anticipation of the big KRockathon 16 lineup announcement that would come along the following Monday. 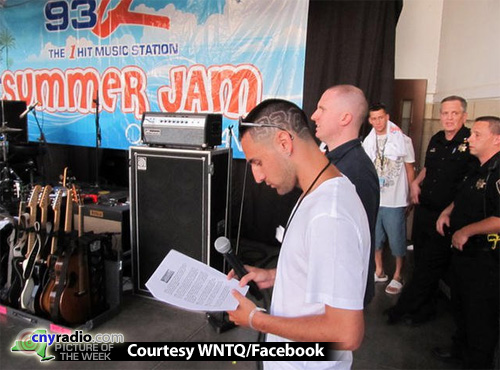 Citadel CHR 93Q (WNTQ) hosted its annual "Summer Jam on the Island" concert in Baldwinsville last Monday, featuring half a dozen up-and-coming national recording acts.  Night guy Brandon C is in the foreground, showing his station pride by having "93Q" shaved into his hair.  Afternoon drive host Rick Roberts is the guy in the black shirt next to Brandon.  More photos on the 93Q website. 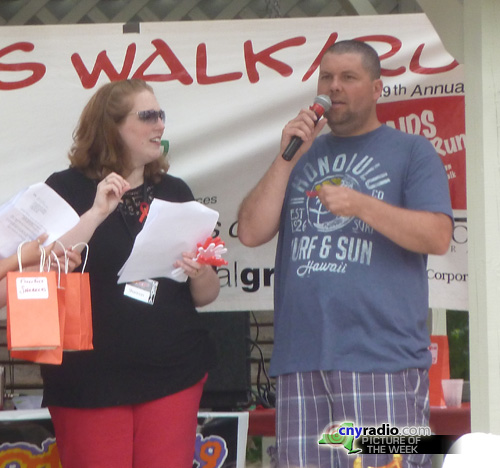 Marty and Shannon from Clear Channel's Hot 107.9 (WWHT) were on hand again to emcee the 19th Annual AIDS Walk/Run to benefit AIDS Community Resources.  Your editor happened to be on hand as a participant in the walk and snapped this photo.  The event raised more than $186,000.

We’re always interested in a look at what’s happening today at your station… or a blast from the past.  Although most of our pictures so far have been radio-related, we welcome contributions from TV as well.  Send those shots to cnyradio@cnyradio.com or use the Contact Form ... and check back for a new Picture of the Week every Friday.