POTW: Two-fer From the WHCU Archives

ITHACA -- We're back from a solid week off (anyone notice?) with a double Picture of the Week.  Our thanks to Rudy Paolangeli, who sent in two historic shots related to heritage Ithaca news/talker WHCU.  We've got one shot from the 90s and another that goes back to at least the 70s. 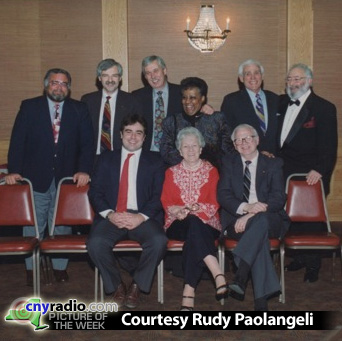 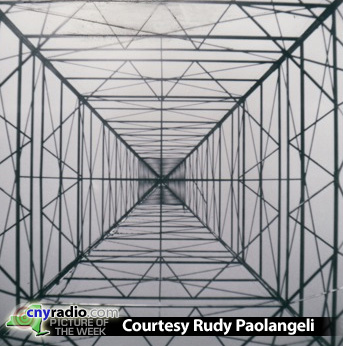 Next, Rudy provides this view from the ground, looking right up the center of the former WHCU broadcast tower.  He says this 650-foot tall, free-standing tower stood near the corner of Mount Pleasant and Mineah Roads in Dryden from 1947 until 1974.

We're always interested in a look at what's happening today at your station, or a blast from the past.  Send those shots to cnyradio@cnyradio.com.  There's a new Picture of the Week every Friday and we're always very grateful for your submissions.

Your editor has been on vacation this week.  This article was prepared in advance.  Once we've had a chance to unpack luggage and sort through a week's worth of email, we'll post a "While We Were Out" roundup of the biggest headlines from the past week.  Look for that to appear sometime this weekend or early next week.