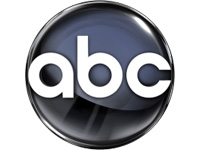 NEW YORK CITY -- We don't cover national news often, but this one's rather notable: ABC is looking to shake-up late night TV by moving Jimmy Kimmel Live -- to the 11:35pm timeslot held since 1979 by Nightline. The change is set to take place in January.

The exact date of the swap: January 8, 2013. The move puts Kimmel face-to-face against The Tonight Show with Jay Leno on NBC and Late Show with David Letterman on CBS.

According to TVNewser, "Kimmel demanded 11:35, or said he would walk," during negotiations to renew his contract with ABC.  It's not the first time the Disney-owned network agreed to a demand from the comedian; TVNewser recalls his previous contract renewal was the reason Nightline was shortened from 30 minutes to 25 nearly two years ago -- allowing Kimmel's show to start at midnight, rather than 12:05.

The New York Times Media Decoder blog called Nightline's move to 12:35am "a deeply disappointing outcome for many at the [ABC News] division, which had fought hard to keep the pre-midnight time slot." To make up for the later timeslot, ABC is restoring the previous 30-minute format, and Nightline will get an extra hour on Friday nights at 9pm, starting in March.

In another post, the same blog calls the switch "a significant gamble," considering Nightline "finally has audiences larger than Mr. Leno's or Mr. Letterman's." Kimmel will also be facing-off against the second half-hour of Conan O'Brien's show on TBS and The Colbert Report hosted by Stephen Colbert on Comedy Central.

The Associated Press says Nightline averaged nearly 3.9 million viewers per night last season, compared to Leno's 3.7 million viewers and Letterman's 3.2 million. Kimmel, starting after midnight, averaged about 1.8 million viewers.  ABC says it believes it will increase that lead with Kimmel in the earlier timeslot.  In an internal memo obtained by the New York Times, ABC News president Ben Sherwood said he's "confident that our loyal viewers will stay with 'Nightline,' and its immensely talented anchors, correspondents and staff will enjoy many successes for years to come."

Fans of Nightline might be disappointed, and perhaps unwilling to stay up until 12:35am -- but they could consider it lucky the news program held onto the 11:35pm slot for as long as it has.

A decade ago, ABC was so hot to get into late-night comedy, it offered the 11:35pm timeslot to David Letterman, but he renewed his contract with CBS. That led to ABC hiring Kimmel, even though his show aired after Nightline.  In 2008, when ABC put the 11:35pm timeslot on the bargaining table again, this time, hoping to land Jay Leno.  He stayed with NBC, while ABC kept Kimmel in his post-midnight slot.

"The most exciting thing is having a bigger audience," Kimmel told the Associated Press. "You work all day on the show and you want as many people to see you as possible."  TVNewser quoted sources close to Kimmel who said the comedian has been eyeing 11:35 "pretty much since he started at the network."