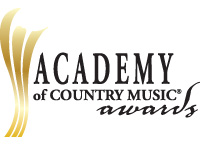 CENTRAL NEW YORK -- Nearly every country music station in the three markets covered by CNYRadio.com has a connection to this year's Academy of Country Music awards.  Once again, Syracuse's B104.7 (WBBS) is directly nominated for two ACM awards, while other stations in Syracuse, Utica and Ithaca enjoy nominations for nationally-syndicated talent on their programming lineups.

On the recently-announced list of nominees, B104.7 is nominated in the "Radio Station of the Year - Medium Market" category.  The Clear Channel station is up against the capital district's WGNA, along with stations from California, New Jersey and Tennessee.  B104.7's morning duo, Tom Owens and Becky Palmer, are nominated in the "On-Air Personality of the Year - Medium Market" category.  They're up against nominees from Tennessee, New Jersey, and two separate stations in Tulsa, Oklahoma.

B104.7 has been nominated in one or both categories for the ACM Awards every year since CNYRadio.com was revived in 2008 (see previous coverage from 2008, 2009, 2010, 2011 and 2012).  However, the station did not win during any of those years.  Last year, B104.7 was nominated in the same two categories, but the personality award was a tie split between winners in California and Florida, while the "station of the year" award went to a different California station.  Will the 5th time be a charm?  We'll find out in early April.

Of the five nominees for "On-Air Personality of the Year" at the national level, here are the personalities carried by stations in the CNYRadio.com coverage area:

Most of the the 48th Academy of Country Music Awards will be presented live on CBS on Sunday, April 7, starting at 8:00pm.  However, keeping in tradition with previous years, radio-related awards will NOT be included in the telecast, due to time constraints.  ACM says radio winners "will be presented during the annual Radio Winners event held the day prior to the ACM Awards telecast, on April 6th in Las Vegas."