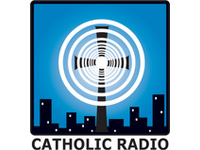 AUBURN -- It hasn't even had it's official "Kick-Off" yet -- that's March 24th -- but 88.7 WTMI Catholic Radio is hitting the ground running, positioning itself as the area's exclusive provider for live radio coverage of the Conclave, the upcoming election of a new Pope.

According to a press release, WTMI will carry a number of programs from EWTN Radio Network, featuring live reports directly from the Vatican.  The following special programs will pre-empt regular programming as noted:

Management for the Buffalo-based Station of the Cross network adds, "continuing coverage of Papal events and breaking news will also be reported as they happen."  According to the press release, regularly-scheduled programming will return after the Conclave and Papal Succession events are complete.

As of yet, there's no firm start date for the Conclave, but various news reports seem to indicate a general (though unwritten) preference within the Catholic Church to have a new Pope in place prior to Holy Week -- which begins with Palm Sunday on March 24, through Easter Sunday on March 31.