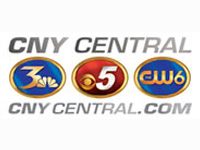 SYRACUSE -- CBS News extended the long-running Sunday morning interview show Face the Nation from 30 minutes to a full hour last July, but local affiliate WTVH-5 pre-empts the second half-hour in favor of an infomercial.  Although that in itself won't be changing, it will soon be possible for local viewers to watch the full hour, live on their televisions -- but there's a catch.

Today, CNY Central announced the second half-hour of Face the Nation will air on TV in Syracuse, starting this weekend.  But viewers will need to have their remote controls ready.  That 11:00am infomercial is apparently too profitable for WTVH to give up, so at that time, viewers will have to follow Bob Schieffer and his guests over to sister station CW6 (WSTQ-LP).

For Time Warner Cable or Verizon FiOS viewers, that's as simple as clicking from channel 5 to channel 6 if you're watching in analog.

Over-the-air viewers can switch from WTVH 5.1 to WSTQ-LP on 14.1.  But WSTQ is a low-power station (hence the -LP suffix in the call letters), so depending on where you live, you might have better luck tuning in the WSTQ simulcast on WSTM digital subchannel 3.2.

Although the changes may satisfy Syracuse-area viewers who want a full serving of Sunday morning TV political talk, viewers in the Utica market -- where WTVH is the de facto CBS affiliate carried on Time Warner Cable -- will still have to make more of an effort.  Utica has its own CW affiliate (CW11 - WKTV-DT 2.2), so WSTQ isn't available on cable systems east of Rome.  Viewers who want to catch the entire hour, but can't get WSTQ with an antenna, will have to watch on the CBS News website.