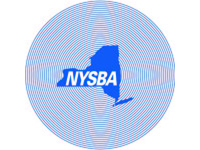 BOLTON LANDING -- Several radio and television stations from the Syracuse, Utica-Rome and Ithaca/Cortland markets were recognized for their efforts at the New York State Broadcasters Association's 47th "Awards for Excellence in Broadcasting" on Monday evening.  As has been the tradition for as long as your editor can remember, winners were announced and awards were distributed at the Sagamore Resort Hotel in Bolton Landing, a little over an hour's drive north of Albany.

"This prestigious honor celebrates stations that provide good stewardship and excellent service to their communities," said NYSBA President David Donovan.  "We admire and commend their effort to serve the public interest."

Here's how local stations fared.  You may notice the same award more than once -- due to the large variation of market sizes across the state, stations only compete against other stations of similar market size.

Television: Among all stations in the CNYRadio.com and CNYTVNews.com coverage area, it appears NBC3 (WSTM-TV) in Syracuse was the big winner, taking home three awards.  Two of the awards are being shared with Syracuse PBS affiliate WCNY-TV for their work on "Mother Marianne: A Saint for Central New York."  One award was earned in the "Outstanding Documentary Program" category, the other for "Outstanding Public Service Announcement / Campaign."  WSTM-TV also picked up an "Outstanding Feature News Story" award for it's "Baby Easton" coverage.

Elsewhere in Syracuse television, ABC affiliate NewsChannel 9 (WSYR-TV) picked up an "Outstanding Promotion Announcement or Series" award for its ongoing "On the Lookout - Partnership with Police" franchise.

Radio: TK99/TK 105 (WTKW/WTKV) morning co-host Dave Coombs picks up another "Outstanding Sportscast" award for the Galaxy-owned classic rock station.  On the other side of I-690, Tom Owens and Becky Palmer received the "Outstanding On-Air Broadcast Personality or Team" award for their wake-up show on Clear Channel-owned country station B104.7 (WBBS).

The awards list provided by NYSBA to CNYRadio.com / CNYTVNews.com on Monday night did not specify the titles of the winning entries (if/when we can track down that info, we'll update this story.)

The only station in the Ithaca area to win an award -- two, in fact -- is Taughannock Media's 1160 ESPN Radio (WPIE).  The sports talk station won "Outstanding On-Air Broadcast Personality or Team" for its locally-produced afternoon talk show "Between the Lines."  The station also received an "Outstanding Local Sporting Event" trophy for its "NYS Basketball Semi-final" broadcast.

Saturday Night Live head writer and "Weekend Update" anchor Seth Meyers (who will take NBC's 12:35am timeslot when Jimmy Fallon replaces Jay Leno on the Tonight Show next February) was awarded "Broadcaster of the Year."  NYSBA named Congressman Peter King "New Yorker of the Year" for his work on the Superstorm Sandy relief effort.

Here's the complete list of awards from the competitive categories:

Official rules for the NYSBA 2013 Awards in Excellence Broadcasting Competition stated that all entries must have been broadcast between April 1, 2012 and March 31, 2013.  Competition is divided into three categories:

Congratulations to all of the winners!