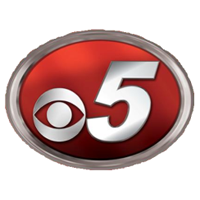 SYRACUSE -- For at least a few years, Granite Broadcasting has been looking to sell off its portfolio of 8 television stations, including CBS 5 (WTVH).  Now, it looks like there could finally be some serious interest in the chain -- but insiders are saying it might still be a bit too early to seriously read into any clues.

The latest speculation comes after Buffalo Business First reported officials from E. W. Scripps Company recently took a tour of Granite-owned ABC affiliate WKBW-TV.  When officials from an outside company tour a television station, it could mean that company is seriously contemplating a purchase.  (Why else would they make the trip?)  But reporter James Fink said "insiders" downplayed the event, calling it nothing more than a routine tour of the facilities.  Fink reported Granite's corporate headquarters refused to comment on the matter.

The same article names Sinclair Broadcast Group as another possible suitor for Granite's holdings, while reporting Sinclair has denied any interest in Granite.

A Sinclair purchase of Granite would run into complications in Syracuse -- Sinclair just recently closed on its acquisition of the former Barrington Broadcasting, giving the company ownership of Syracuse's NBC 3 (WSTM-TV) and CW 6 (WSTQ-LP).  Although Sinclair already controls the day-to-day operations of WTVH through a "shared services agreement" initiated  by Barrington and Granite in 2009, FCC regulations would forbid Sinclair from owning all three stations outright.  In fact, Sinclair has already announced it doesn't plan to renew that agreement when it expires in 2017, casting an air of uncertainty over the future of the "CNY Central" branding that groups WTVH together with WSTM and WSTQ.