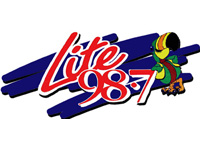 Lite 98.7 is making the switch a few days later than last year, when Santa's sleigh arrived on November 10.  Utica's other all-Christmas station, Galaxy-owned Mix 102.5 (WUMX) also made the switch nearly a week later than its usual November 1st date this year.  In an interview with the Syracuse Post-Standard's Hart Seely, Galaxy's Ed Levine says listeners actually complained when the Christmas music wasn't there the day after Halloween.

Seely also reports the Mars Hill Network, based at Syracuse flagship station 102.9 WMHR, will begin a gradual shift into "holiday mode" on the day after Thanksgiving.  Christmas music will get 25% of the station's airtime then, it'll be bumped up to 50% on December 1, and the network will go all-out starting December 10.