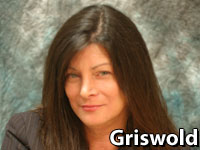 SYRACUSE -- As Mimi Griswold prepares to retire after 20 years with Galaxy Communications -- starting as the program director for K-Rock in 1992, and serving as VP of Programming for the entire company since 1998 -- the programmer received a very special honor today.  Onondaga County Executive Joanie Mahoney issued a proclamation declaring today to be "Mimi Griswold Day" throughout Onondaga County.

“It’s a great tribute to someone who has contributed so much to Galaxy Communications over the past two decades," said Ed Levine in a statement.  He reminds us, as was announced in September, that Griswold won't disappearing completely: "Her continued involvement with the corporation in a consulting role will be a tremendous benefit into the future for us.”

Galaxy's Carrie Wojtaszek tells CNYRadio.com noted local musician Dusty Pas’cal composed a song specifically for the occasion titled “Good Reign”, and she shares this video of the song being performed during today's festivities:

Griswold announced her retirement plans in September.  Galaxy plans to keep her on board on a part-time basis as a programming consultant, and to continue to host the long-running Blue Moon Cafe, Sunday mornings on TK99/TK105 (WTKW/WTKV) in Syracuse market, and on 96.9 WOUR in the Utica-Rome market.