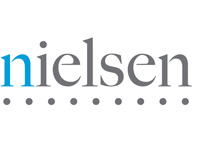 SYRACUSE -- No major surprises at the very top of the latest radio ratings released by Nielsen Audio... but plenty of movement among stations on the rest of the chart.  Nielsen Audio, formerly Arbitron, released its Summer 2013 radio audience estimates this week.

Despite the new ownership and its decision to discard the Arbitron name, the policy on releasing ratings to the public remains the same: our access is limited to the "top line" ratings -- the overall audience estimates including all persons age 12 and up, averaged across all 7 days of the week, between 6am and midnight.  The ratings estimates mentioned in this article and on our Nielsen Audio Syracuse Ratings Chart do not reflect any particular station's performance during any specific timeslot, or within any specific target audience demographic.

Furthermore, Nielsen is upholding Arbitron's policy of allowing the media and the public to view only the ratings for stations which pay to subscribe to Nielsen's full ratings reports.  As a result, many stations are omitted from the chart -- because they don't subscribe to Nielsen.  That being said, stations are listed in order of their ratings, but these are not true "rankings" because we do not know where the omitted stations would fall into the chart.

And now the ratings!

Clear Channel country B104.7 (WBBS) maintains its long-running streak as not only the market's leader, but the only station to post double-digit ratings for the past ten books in a row.  This time around, B104.7 scores an 11.6 rating, tying with last summer for it's highest book out of the past year.

For at least seven books in a row, Cumulus Media's 93Q (WNTQ) won the market's CHR battle.  But Clear Channel's Hot 107.9 (WWHT) comes out ahead this time around.  Even though Hot's 7.8 rating is unchanged from the spring book, 93Q's rating fell from an 8.2 in the spring to a 6.8 in the summer.

Wedged between the two CHRs is Clear Channel's AM/FM simulcast of news/talker WSYR.  The combo of 570AM and 106.9FM scores a 7.3 for the second book in a row, nearly a point higher than last summer.

A spring bump for Cumulus rocker 95X (WAQX) didn't hold through the summer; the station goes from 5.0 in the spring to 3.3 in the summer, still better than the 2.9 it posted two books ago.

Cumulus classic rocker 105.9 The Rebel (WXTL) appears next on the list, with a 1.8 rating -- the same as the spring, and just slightly below last summer's 2.1.

Rhythmic AC MOViN 100.3/96.5 (WMVN), owned locally by WOLF Radio, Inc., posts a 1.2 for the summer -- also matching its spring number, and slightly below where it was last summer.

Last on the list is Cumulus Media's sports talker, The Score 1260 (WSKO), which posts a 0.4 rating after falling off the survey in the spring.

Ratings for public radio stations WRVO, WAER and WCNY-FM are listed as "pending" on our chart page because Nielsen (like Arbitron before it) does not include non-commercial stations in its initial release of the numbers. These ratings are usually released at a later date by the Radio Ratings Consortium.  We'll update the chart once we see the numbers released.