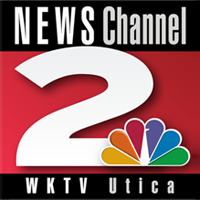 Updated 10/22 with GM comment -- UTICA -- According to documents filed with the Federal Communications Commission, NBC affiliate NewsChannel 2 (WKTV) will very likely have a new owner in the near future.  Pending FCC approval, Utica's oldest television station will be sold to a company headed by Robert S. Prather, Jr., who resigned from the post of President and COO of Gray Television earlier this year.  The pricetag for the sale: $16 million.

Some sources outside of WKTV sent in tips about the sale earlier this month, and one tipster even told us staffers had been informed of the sale a few weeks ago.  However, WKTV management declined to comment when CNYTVNews.com asked for a confirmation or denial of the rumors.

The veil of secrecy was lifted today, when the FCC website posted the "Form 314," filed by current owner Smith Media License Holdings, LLC.  The form, required anytime a station owner wishes to transfer its broadcast license to a different party, indicates that the new owner will be WKTV, LLC of Atlanta, Georgia.  The application says Heartland Media, LLC is the "sole member" of WKTV, LLC, and Prather is the "managing member" of Heartland, with 100% of the company's votes and 51% of the ownership.

An asset purchase agreement attached to the Form 314 indicates the selling price of $16,000,000, along with pages and pages of legal conditions surrounding the sale.

According to the FCC website, the Form 314 was filed on Friday, October 18 -- the day after the federal government shutdown ended.  The asset purchase agreement was dated October 1, the same day the government shutdown started, indicating that the entire deal was temporarily frozen, since the FCC website was shut down and there would have been no way for Smith Media to submit the application.

The application for the sale is listed as "Accepted for Filing" on the FCC website.  That means the Commission didn't find any "red flags" after a preliminary review of the application.  Unless any reasonable objections are raised during a mandatory public comment period, it appears likely that the sale will be approved by the FCC, sometime in the next several weeks.

The sale of WKTV seemed all but imminent since last fall, when Smith Media announced deals were pending to sell three of the four stations in its portfolio, with WKTV being the lone holdout.  However, at the time, WKTV General Manager Steve Doerr told CNYTVNews.com that Smith Media had no plans to sell the NBC affiliate.

Added 10/22:  After our attempts to reach WKTV Vice President and General Manager Steve Doerr last night were unsuccessful, he responded today, with the following comment:

I can confirm your story.  Smith Media has agreed to sell WKTV to a new company called Heartland Media, headed by former Gray Television CEO Bob Prather, pending approval by the FCC.  We anticipate the sale closing sometime after the first of the year.

So even though the FCC filing names "WKTV, LLC" as the proposed future licensee, it appears the company will be doing business under the Heartland name.  Aside from confirming what we've reported here, Doerr said he could not comment on any other aspects of the sale.

Robert Prather's WKTV, LLC will be the fifth company to operate the NBC affiliate, which launched in 1949.  The Kallet Family's Copper City Broadcasting was the original owner.  From 1958 to 1992, Paul Harron owned the station.  Smith Broadcasting bought the station after the FCC said Harron could no longer own both the television station and the local cable company (which later would be sold to Adelphia, then Time Warner).  When Smith Broadcasting owner Bob Smith died in 2005, his successors joined with the investment firm Boston Ventures to form Smith Media -- technically an entirely different company, despite the similar name.