WUTQ's "Talk of the Town" to celebrate anniversary 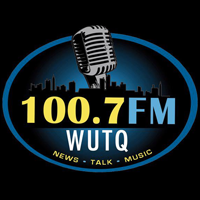 UTICA-ROME -- The hosts of 100.7 WUTQ's "Talk of the Town" are getting ready to celebrate another year in the studio together.  Mark Piersma and Frank Elias are opening the doors to the WUTQ studios to the public for an extended "2nd Anniversary Show" tomorrow morning.  Guests will enjoy "music, food... and more" according to a Facebook event posted by organizers.

If the turnout for last year's "first anniversary show" is any indication, the elevators in the Adirondack Bank building in downtown Utica will be very busy shuttling guests and fans up to the 15th floor during tomorrow morning's broadcast.  "Talk of the Town" normally airs from 6-9am, but tomorrow's show will be extended to 10am.

In an announcement, the show's staff said "we appreciate EVERYONE who has been a part of our growth and support.  Stop by for a few minutes before work to chat with the WUTQ crew."

We certainly extend our best wishes to co-hosts Piersma and Elias, but we can't help but wonder why they didn't have the celebration several weeks earlier.  We didn't catch this last year, but according to CNYRadio.com archives, it was October 3, 2011 when Elias joined the show as co-host.  Piersma had been hosting solo since March 2011, filling a vacancy following the departure of Mike Walsh -- who hosted the show from its start in August 2010 (when the station was known as "B95.5").