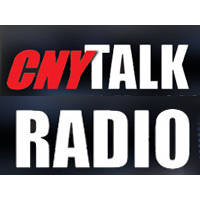 UTICA-ROME -- What was originally supposed to be one month off-air has turned into more than half a year of silence from WUTI 1150.  Repairs following some serious vandalism at the station's Oriskany transmitter site have taken much longer than anticipated.  But today, the GM tells CNYRadio.com he hopes WUTI will sign-on again sometime early next year.

Without disclosing particulars, Don Wagner told us, "never in my wildest dreams did I begin to imagine it would be this much of a project to get WUTI back on the air."  Provided "we don't have any more gremlins pop up," Wagner says, "hopefully sometime in the first quarter we'll be back!"

Back in May, when the station first went silent, Wagner expected there would be only a few weeks of downtime, but he also explained the damage was rather significant:  "They took almost all the transmission line from the phase shack to each of the five towers."

At the time, Wagner suspected the thieves were looking to make a quick buck by selling the metal wires as scrap -- but lamented that the incident would cost the station much more in downtime than the thieves could have hoped to make at a scrapyard.

According to FCC records, Leatherstocking Media has filed for "Special Temporary Authority" to remain silent, a requirement to protect the broadcast license of any station that's off the air for more than ten days.  The effective date for the "licensed and silent" status is May 31, 2013, and WUTI must return to the air before it expires on June 1, 2014.

CNY Talk Radio consists of WUTI, flagship station 1390 WFBL/Baldwinsville and 1600 WMCR(AM)/Oneida.  WUTI was formerly known as WRUN from its 1948 launch until assuming its present callsign in 2009. The station was purchased by Leatherstocking and started simulcasting CNY Talk Radio in 2010.  WUTI is licensed to transmit at 5,000 watts during the day, and 1,000 watts at night.

Our thanks to a CNYRadio.com reader who wrote in this week, reminding us that we were long overdue for a "status update" on WUTI.  Anytime you've got questions, comments, or news tips for us, be sure to drop us a line!