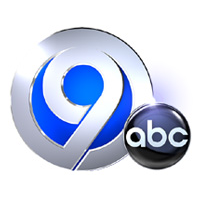 SYRACUSE -- We now know why NewsChannel 9 (WSYR-TV) recently posted an job opening for a sports reporter/anchor.  One CNYTVNews.com reader reports, just before the end of Sunday night's 11pm newscast, Lindsay Liquori announced she is leaving the ABC affiliate.  She's moving to Florida, where her fiancé recently relocated for a new job.  The Capital Region native graduated from Marist College and had been with the station since 2011.  We wish Lindsay and her fiancé all the best.