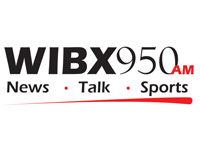 UTICA-ROME -- Townsquare Media is taking applications for a new Brand Manager and morning co-host for news/talker 950 WIBX. We're told Jeff Monaski is moving onto something new after 20 years with WIBX and its sister stations. The job posting says candidates must have at least 5 years of full-time on-air experience.

Although the Utica-Rome market is home to many "first jobs" in broadcasting, this one is an exception. The successful applicant will be sitting alongside longtime Mohawk Valley morning man Bill Keeler. The WIBX morning show also has a television simulcast on Fox 33 WFXV.

Monaski joined the staff as a part-time board operator for sister station Big Frog 104 (WFRG) when the cluster was still owned by Townsquare's predecessor, Regent Communications. It wasn't long before he would get to crack the mic as a weekend and fill-in host on WFRG and sister station Lite 98.7 WLZW.

As has been the case for many who "put in their time" and proved to be reliable on weekends and fill-ins, Monaski was eventually offered the chance to go full-time, as a reporter and anchor for WIBX. He became News Director in 2008 and was promoted again to his current position (then titled as "Program Director") in 2011.