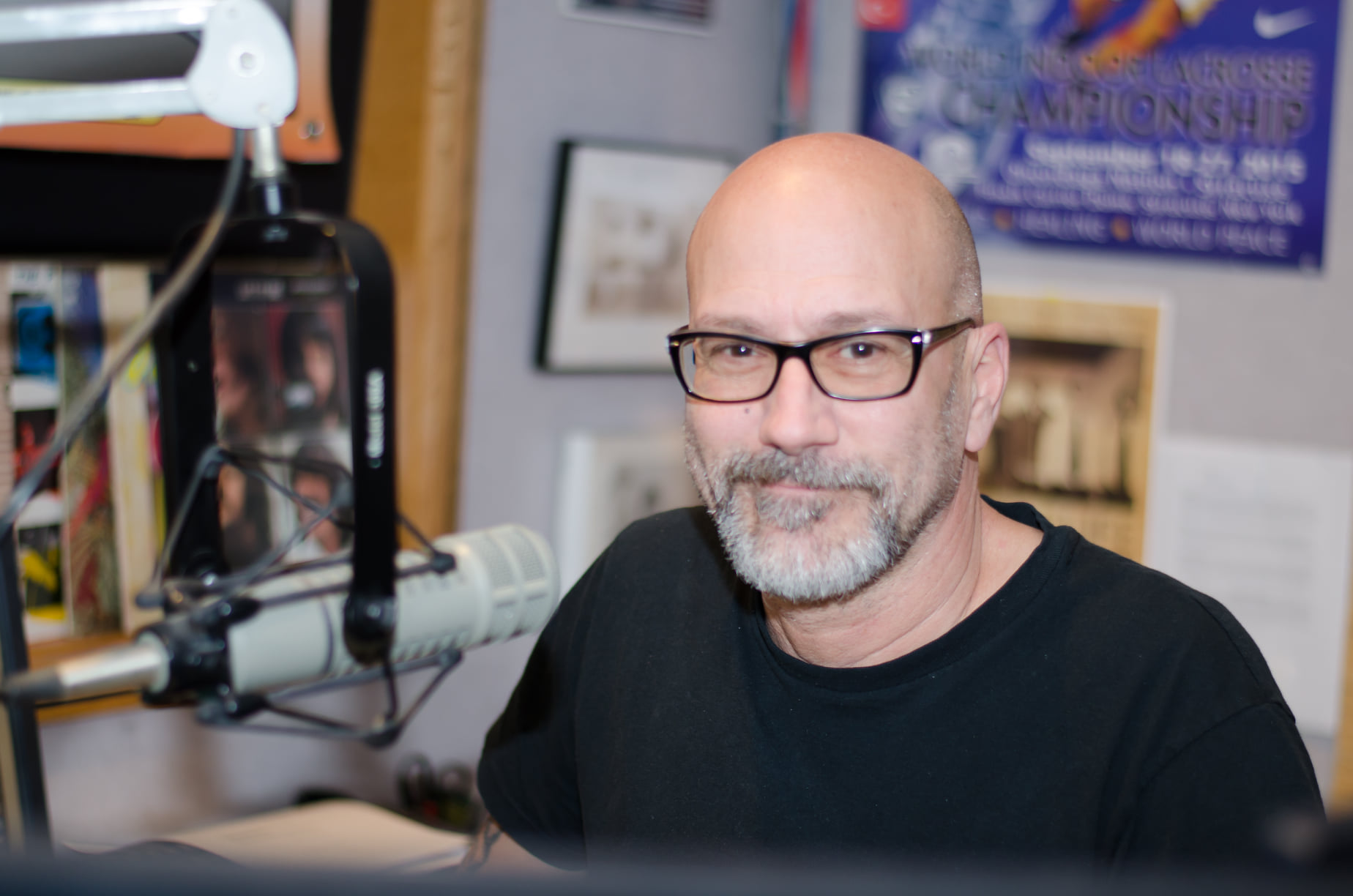 SYRACUSE -- Just over a decade after he joined "The Rebel" (formerly WXTL 105.9), longtime Syracuse rock radio personality and programmer Dave Frisina says he was "ineligantly informed over a phone call," during the final hour of his show on Monday night, that his position is being eliminated. As a result, he's decided to call it a career after 45 years behind the microphone.

On Facebook today, Frisina said he "spent yesterday trying in vain" to negotiate a way to continue hosting his two Sunday specialty shows, Soulshine and Soundcheck, the latter of which had featured local music and been produced and hosted by Frisina nearly-continuously on the various Syracuse radio stations where he's worked since 1979. Frisina said his proposal was "flatly rejected" by Cumulus management. He notes that Soundcheck holds the record as the world's longest-running local music show.

Frisina says he also asked if he could do a final show to say goodbye to listeners and supporters, but that request was also denied, as his termination would be effective immediately.

He then wrote -- we won't share the link because the post is "friends only" as of this writing -- "rather than bash the clumsy dismissal, I'd like to take the opportunity to celebrate the accomplishments & give thanks those responsible."

The bulk of Frisina's post went on to name a long list of colleagues, local musicians and other supporters who were a part of his career. He noted that the last song he played was "The Last DJ" by Tom Petty.

Just a little over 3 years ago, Cumulus announced the sale of 105.9 WXTL and 5 other stations nationwide -- including New York City's legendary 95.5 WPLJ -- to the Educational Media Foundation, the owner of nationally-syndicated religious formats Air1 and K-Love.

But fans were pleased to learn 105.9 The Rebel would be the only station out of the six to transition to an online stream, at TheRebelRocks.com. Frisina continued to host afternoons and his two Sunday shows, while promising just 2 minutes of commercials per hour.

As of Wednesday night, TheRebelRocks is still streaming music with occasional generic-sounding liners between the songs. However, the station's on-air schedule page just shows a banner which says "WEEKENDS" and there are no jocks listed.

The station's most-recent Facebook post is dated March 27: a photo of a ticket to a March 27, 1979 concert performed by The Police at Uncle Sam's in Syracuse. The four-dollar ticket states the concert was presented by sister station 95X (WAQX). That's where Frisina got his start in Syracuse radio, from 1978 to 2003, before moving across town to locally-owned Galaxy Media's TK99, TK105 and Utica's 96.9 WOUR until late 2011. Frisina got his first taste of radio as a student at SUNY Cortland's WSUC.

On Facebook, Frisina said, "after over 45 years in radio/streaming, I'm gonna take a breath. (The app has been removed from my phone and I'm moving on.) If something else comes along, I'm sure that an old dog can still learn a few new tricks."